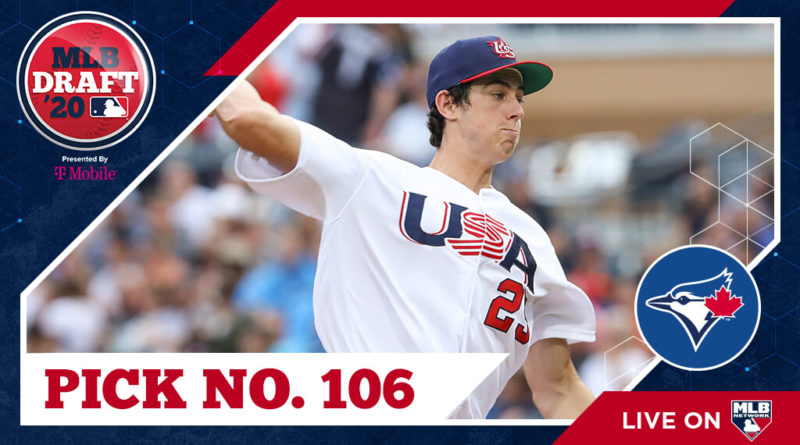 Former Peninsula pitcher Nick Frasso was selected in the fourth round of the 2020 MLB Draft by the Toronto Blue Jays.

Frasso started some games as both a freshman and sophomore at Loyola Marymount, but his primary role was as a closer. As a sophomore in 2019, he finished with a 2.22 ERA and 73 strikeouts in 56.2 innings. He also totaled 10 saves, and held opposing hitters to a .154 BA.

Learn more about Frasso below:

“Nick Frasso features a powerful mid-90s fastball, topping out at 98, with great life. MLB.com rates the pitch as a 60 on the 20-80 scale. It has played especially well up in the strike zone. He also mixes in a sweeping curveball that sits in the mid-70s and tunnels well with his four-seamer. Its slower velocity allows Frasso to keep hitters on their toes, often unprepared for the mid-90s heater that complements it so well.” –Evan Walsh of LastWordOnBaseball.