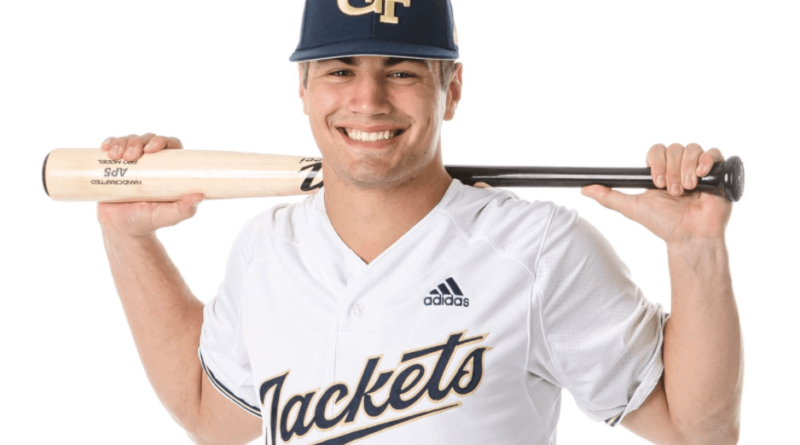 Loyola catcher Kevin Parada was selected in the ____ round of the MLB Draft by the ____.

Parada was off to a dominant start through 10 games before the 2020 season was canceled. He was batting .467 with 10 RBIs, two home runs, two triples, and two doubles. Parada is committed to Georgia Tech and will play for the Yellowjackets if he doesn’t sign with the ____.

“Strong well proportioned athletic build. 6.72 runner, very good athlete for a catcher. Gets low and stays low and compact behind the plate, sound fundamentals that he repeats very well, game actions in drills, quick release on his throws, makes accurate throws and throws out runners. Can likely play numerous other positions as well as catcher. Right handed hitter, hits from a slightly open stance, fires his lower half hard and generates lots of bat speed and barrel whip, has lift in his swing, shorter inside swing path can cost him separation at times but strong enough to overpower the ball.” –Perfect Game