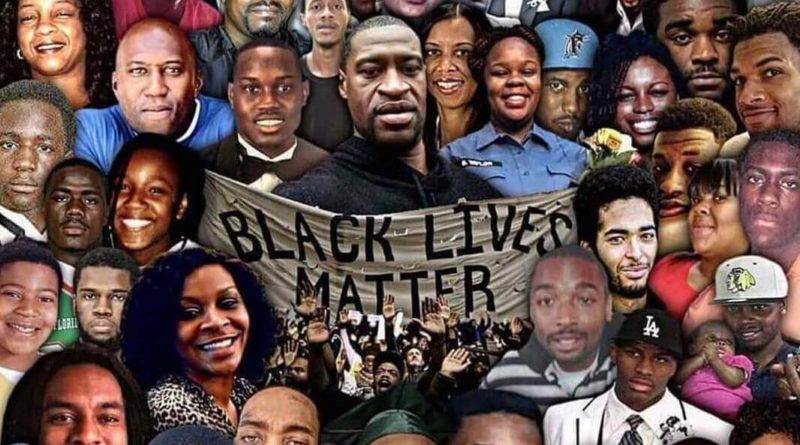 The death of George Floyd, an unarmed 46-year-old black man who died on May 25 after Minneapolis police officer Derek Chauvin used his knee to pin Floyd’s neck to the ground for several minutes, has sparked international outrage and waves of protests across the globe. Chauvin has since been charged with second-degree murder and manslaughter.

SBLive reporter Bodie DeSilva reached out to San Diego area high school coaches to discuss Floyd’s death and how it has impacted them and their communities.

The conversations are printed below. Questions and answers have been edited for clarity.

Verlain Betofe is the Offensive Coordinator at Mater Dei Catholic High School and the founder/CEO of Team Makasi that mentors, trains and helps young athletes with recruiting, athletic and academic achievements.

SBLive: Coach, I wanted to get your thoughts on everything that has happened over the last week?

Verlain Betofe: It’s been a sad time for me. I was raised in the inner-city in Southeast San Diego and growing up I’ve had a lot of these experiences with having guns put to my head and getting pulled over and racially profiled for no reason. It really just hits home because I kind of just envision myself as being George Floyd, you know.

It’s just been a tough time. I’ve got a lot of athletes that I mentor and a lot of them are black and a lot of them have been reaching out and wondering why, and even some of the former athletes from the past are starting to figure out the way of the world and see the racial inequalities. It’s just a tough time … because all people want is to have the same rights and for everything to be fair.

SBLive: Do you have a specific message that you’ve conveyed to your players?

Verlain Betofe: Yeah, just basically understanding this is where we are in society and not trying to hide things. I think the problem with this issue is that there’s a lot of people that don’t want to speak about it, they feel like they’re getting attacked or things like that. I think with any situation when you talk about it and you educate people on it, then people kind of start understanding. For me it’s just telling guys to have empathy and for some of my black players just letting them know the realities of the world and that’s why you have to operate a certain way because if you don’t then you could end up being one of these casualties.

SBLive: Is there a past experience that you’ve had that sticks out to you?

Verlain Betofe: I have one that sticks out big time. When I was 21 of 22 years old, I was at Indiana State University, I was playing (football) there. We used to come back after the semester and stay (in San Diego) for like three weeks before we went back for summer training. The summer going into my redshirt junior season, it was me, one of my best friends, Coach Long, my other friend Roy, my cousin and one of my other friends who was down here working a job. I tell my friends, let’s go play some basketball. My dad, if you ever meet my dad, he’s from Zaire in Central Africa, he’s the most honorable man you’ll meet. He bought a truck about six months before I came down, I drove his car and picked up my friends and we went to North Clairemont rec to play basketball.

We played for about two hours and after we finished up, we drove through the Target parking lot and we were getting followed from some police. As we’re getting followed, I’m thinking ‘I’ve been through this a hundred times in my life, I’m gonna get pulled over and get stereotyped, they’re gonna search the car and maybe handcuff us.’ We’re pulled over and were just waiting in the car and then ten minutes later, 30 cop cars pull up, a helicopter pulls up, 20 police officers with guns just drawn to the car and telling us don’t move. I’m sitting in the car, me and my friends, just telling them don’t reach for anything because if you do, they’re gonna shoot the car and kill all of us.

They told me first to get out of the car. I have to backpedal and get on my knees. They rush me hard, threw me to the ground, handcuff me, put the handcuffs on real tight and threw me in the back of the car. They did that to my other four friends and one of the cops is just talking so much mess to us and stuff like that. They said the car was reported stolen in Ontario or something like that. They literally throw us in the cop car with handcuffs super tight in a hot cop car for about two hours without asking any questions or anything like that.

And then two hours later the cop comes and says, ‘sorry we typed in the wrong license plate number’.

I tell you in my entire life I’ve never been so infuriated. My brother ended up coming to the scene. And if he wasn’t there honestly, I was to a point where I was ready to die. I was so upset where I didn’t care if I got shot and killed by the police that day. You put us in the cop car for two hours and we didn’t do nothing, and you have the audacity to tell us you typed in the wrong license plate. Those are just some of the things I’ve been through.

Jeff Harper-Harris is the head boys basketball coach at Lincoln High School and the co-founder of Athletes and Coaches against bullying.

SBLive: Hey Coach, I was hoping to get your thoughts about how the community has reacted to George Floyd’s death.

Jeff Harper-Harris: I put this picture out (below) because it’s more than just Mr. Floyd’s death. My question to many is ‘why now?’ Why not before we reached this point. This is the talks I have with my players and my own kids. We have been mad about how black men and boys are treated in this country by the police. Some of us work hard to try to bridge the gap of community and police and it keeps happening. I have black and brown kids upset; these are my players.

What are the coaches saying to their black athletes? I have gotten calls from some coaches saying they are standing with the cause, but some of the high profile (coaches) I haven’t heard a word. I see people cheer the black athletes to hit the winning shot, score touchdowns, hit home runs, but when things like this happen many become quiet.