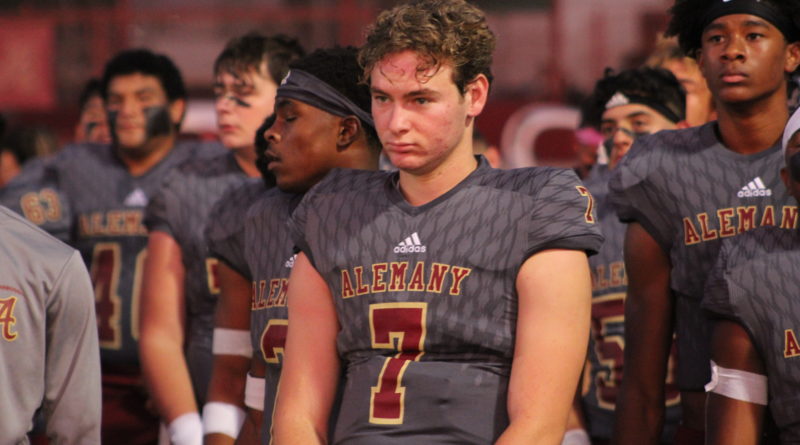 2021 Alemany quarterback Miller Moss committed to USC on Monday, he announced on Twitter. He chose the Trojans over UCLA, LSU and Alabama.

Moss is a top 100 recruit in the nation, per 247Sports. He’s the fifth ranked pro-style quarterback in the 2021 class. Moss threw for 3,118 yards and 28 touchdowns a season ago for Alemany.

Moss is the second quarterback to commit to USC in their 2021 class. Former Narbonne quarterback Jake Garcia, who is now at La Habra, committed to the Trojans back in September. Like Moss, Garcia is also highly touted. He’s the sixth ranked pro-style QB in the 2021 class, per 247Sports.