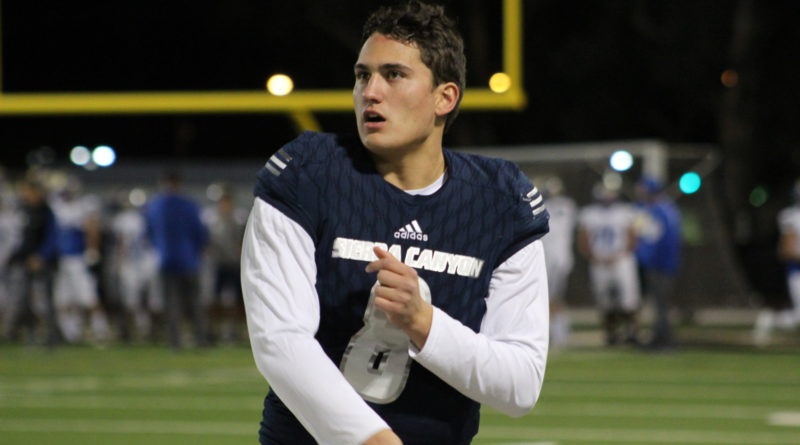 Peery is a rising class of 2021 QB who has amassed nearly 8,000 passing yards and 66 total touchdowns in three seasons starting on varsity. He led Sierra Canyon to Southern Section championships and CIF 1-A state finals appearances the last two seasons, and threw for over 3,400 yards as a junior.

The beginning of Peery’s commitment video includes audio footage of a past interview with Scorebook Live’s Connor Morrissette.

Peery and the Trailblazers will look to win another Southern Section title and get over the state championship hump next season.