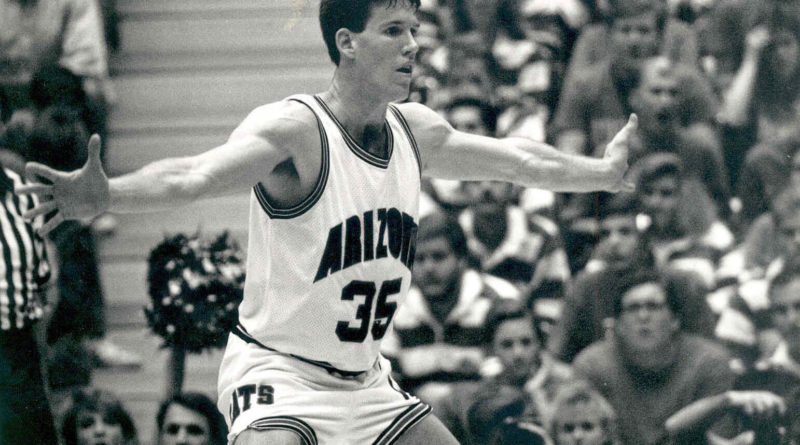 For Jud Buechler, the path to the NBA started at Poway High School, he just didn’t know it yet.

Buechler won three-straight CIF section titles at Poway while also being named the 1986 CIF Player of the Year. Buechler went on to star at Arizona and later played 12 seasons in the NBA. He won three NBA championships with Michael Jordan and the Chicago Bulls, including the 1997-98 “Last Dance” season.

“Those years in Poway were really fun. … I think the thing that sticks out the most was back then we played the CIF final game in the (San Diego) Sports Arena and at that time it was like playing at Staples Center,” Buechler said. “For a high school kid, getting to play in the arena was always kind of the motivation.”

Buechler, an athletic 6-foot-6 forward, also excelled at volleyball and was hoping to play both sports in college.

“At that point in time, I was probably better at volleyball than I was at basketball. I wanted to go someplace that had volleyball,” Buechler said. “I had talked to a number of people and they all said there’s no way you’re gonna be able to play both sports, they just take up too much. I made the choice and just said I’m gonna ride this basketball thing out as long as I can.”

So Buechler headed to the University of Arizona, a program on the rise at the time. The Wildcats made the NCAA Tournament during all four of his seasons, reaching the Final Four in his sophomore campaign. His teammates at Arizona included future NBA players Sean Elliott, Steve Kerr, Tom Tolbert, Sean Rooks and Bison Dele.

Buechler entered the starting lineup for the Wildcats as a junior in 1988 and took his game to the next level. The Wildcats went 29-4 that season and Buechler caught the attention of NBA Scouts.

“I never believed the league was an option,” Buechler said. “It became a reality my junior year. We had a guy named Sean Elliott and a lot of NBA scouts were coming to watch him play.”

“I’d had an assistant coach of ours come up to me and say, ‘Hey just so you know, whoever was here to see Sean was really interested in you.’”

Buechler was drafted by the Seattle SuperSonics in the second round of the 1990 NBA Draft, but bounced around with four other teams before signing with the Chicago Bulls in 1994. That was the season Jordan returned to the NBA after spending 21 months playing minor league baseball in the Chicago White Sox organization.

“Before (Jordan) made it official that he was gonna come back, he popped in the practice facility,” Buechler recalled. “As soon as I’d walked in, I felt like something was different, something was off, the air was just different. I remember going in the locker room and I asked Ron Harper, ‘Harp, what’s going on?’ and he said, ‘The man’s here’. I remember thinking I have no idea who he’s talking about.”

“As I go in to get taped for practice, Michael was getting taped and I was like ‘oh boy’. That first practice was pretty awesome to be out on the court with him. We all kind of stood around and watched him.”

ESPN’s “The Last Dance” documentary, which has captivated audiences worldwide, has taken fans behind the scenes with Jordan and the Bulls. And Buechler has been surprised at how much he didn’t know, despite playing on three championship teams.

“I may have had my head in the sand. We had heard some rumblings, but it wasn’t like today with social media and the Woj bombs,” Buechler said. “The reality that it was on the table to trade Scottie (Pippen) that summer going into the last season (1997-98) … I had heard some rumblings, but you just thought those were rumors like there’s no way we’re gonna trade Scottie. We just won a championship and he’s a gigantic part of what we were doing.”

The documentary has also served as a positive reminder of all the joy that those teams brought an international audience.

“When you’ve got the number one athlete in the world, Michael Jordan, and then you add Scottie to that and you throw in Phil (Jackson) and then you throw in a wild-card Dennis Rodman,” Buechler said. “These guys weren’t just all-stars; these guys were mega-stars and not just in the United States. We’re talking worldwide.”

“And you have to remember during that time there’s no social media. If you had a chance to see Michael you’d travel forever. I guess I got kind of numb to it, but seeing those crowds again in Paris and just the international love that MJ got … The crowds, the people, it was crazy, and I was just fortunate to be a part of it.”

Buechler, now 51 and an assistant coach for the New York Knicks, played under Larry Brown, Don Nelson, and Doc Rivers in addition to Phil Jackson during his career.

“I think the biggest thing was I couldn’t believe the respect those superstars had for Phil and that just trickled down to all of us,” Buechler said. “If you’re watching Michael and Scottie and their work ethic in practice, there was never a practice they took off. … When you have your top players that are so well respected by everybody else doing that, everybody else falls in line and it just creates this incredible dynamic situation.”

Buechler, who was roughly the same size as Jordan, had the regular task of guarding him in practice. And he relished the opportunity. Before coming to Chicago, he had never been on a playoff team.

“Most of us on that team, that second run in the late 90s, we all played during the early 90s on opposing teams of Michael’s. We had to deal with playing against him, fearing him,” Buechler said. “When we got a chance to join him, I think I just appreciated it. I’d played on really bad teams. I played in New Jersey where we’d won 25 games and so did a lot of the guys that were there.”

“None of us took it for granted. We were pinching ourselves on the plane, like how lucky are we to have landed here and to be a part of this.”