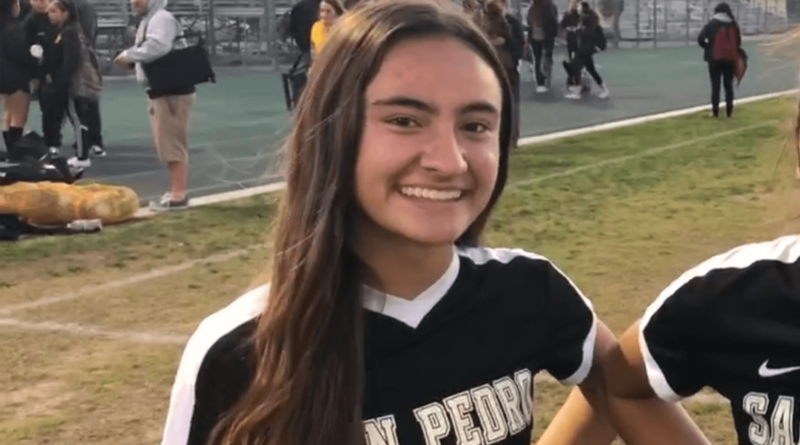 Both Gomez and Ketner finished number one in their respective classes with perfect 4.0 GPAs. They were presented their awards virtually in a Zoom call in front of LA City Section officials, friends and family. In addition to plaques, Gomez and Ketner will each receive $2,500 college scholarships.

Gomez played four sports all four years at Rancho Dominguez (football, cross country, soccer and baseball). He was a captain in each sport.

When asked how tough it was to play four sports and maintain his GPA, Gomez answered: “There were a lot of times where I was tired, but I wanted to keep going for everyone that I love.”

Ketner played soccer and ran track at San Pedro. She will be playing soccer at Sonoma State University.

At San Pedro, Ketner was a part of four consecutive Marine League soccer titles. She was also an All-City pick in soccer in 2018 and 2019 as well as City qualifier in track & field in 2019.

“Balancing everything was hard,” Ketner said. “There were some very long nights, but I enjoyed it. I don’t have a trick, I just had a really good time.”