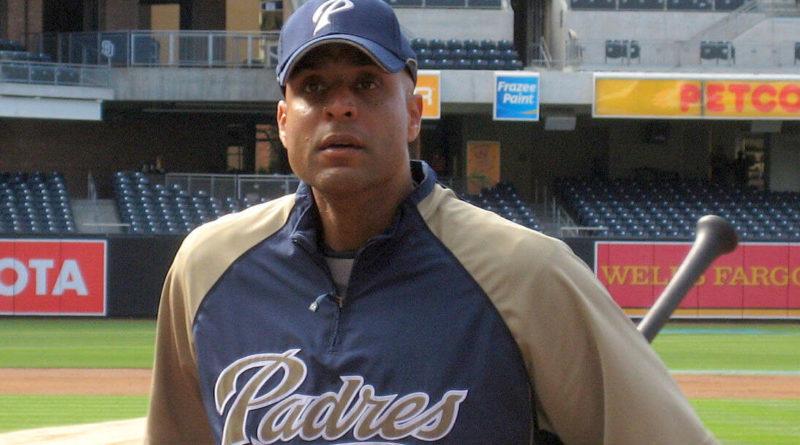 From Tony Clark (pictured) to Junior Seau, these five San Diego Section athletes all played at the highest professional level of their respective sports. But they were also among the best at a second sport during their high school careers. (The list is in alphabetical order.)

Budinger is well known on the basketball court, a five-star recruit out of high school that later played seven seasons in the NBA. In 2006, Budinger was named the Mizuno National Volleyball Player of the Year. He was a three-time San Diego Section volleyball player of the year and led La Costa Canyon to three straight CIF Section Champions. After retiring from the NBA, Budinger joined the AVP Tour, playing professional beach volleyball.

Bush burst onto the national scene as a running back at USC where he won the Heisman Trophy in 2005. He went on to play 11 seasons in the NFL. His breakaway speed came as no surprise to those who witnessed Bush during his years at Helix. Bush was the San Diego Section 100-meter champion in 2001 and 2002 and was named the San Diego Section Track and Field Athlete of the Year in 2002. In the 2002 CIF State Championship, Bush finished second in the 100-meter and third in the 200-meter.

Clark played 15 seasons in Major League Baseball, making an All-Star game and developing a rep as one of the league’s top pinch-hitters. During his time in high school, Clark was one of the most dominant basketball players in San Diego Section history. Clark averaged 30.3 points per game during his junior season at Valhalla before making the move over to Christian for his senior season. At Christian, Clark averaged 43.1 points per game and led the Patriots to the CIF D5 Championship. Clark was drafted second overall by the Detroit Tigers in 1990 but worked out a deal to play college basketball during the school year and play minor league baseball during the summers. Clark played three seasons of college basketball, one at Arizona and two at San Diego State before switching to baseball full time. Clark is currently the executive director of the MLB players’ union.

Now the manager of the Los Angeles Dodgers, Roberts is known for his Major League Baseball career and his stolen base off of Mariano Rivera in the 2004 American League Championship Series. Before all of that, Roberts was the quarterback at Rancho Buena Vista, on a team that set several offensive records in 1989 on their way to a Class 3A CIF Championship. Roberts turned down the opportunity to play football in college, instead walking on at UCLA where he left the school as their all-time leading base stealer.

Seau made his mark on the football field dating back to his time at Oceanside, but also excelled on the hardwood. The 12-time Pro Bowl Linebacker and Pro Football Hall of Famer was the 1987 CIF San Diego Section Basketball Player of the Year and led the Pirates to a CIF Championship over crosstown rival El Camino as a senior, after falling to the Wildcats in the championship during his junior season.