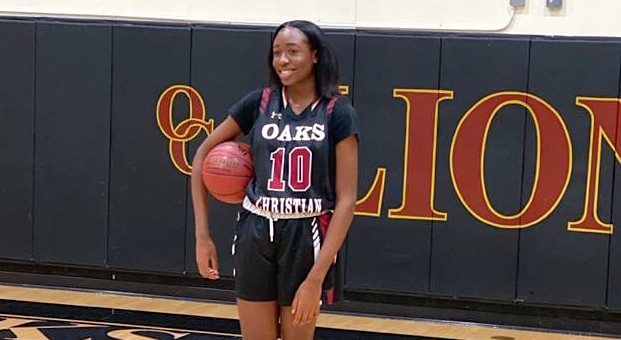 Ventura County is the smallest county within the Southern Section, but it is well represented with great high school girls basketball talent. Many of the top players in the county last season were standout rebounders who still have at least one year left in their high school careers.

These are the top 10 rebounders from last season in Ventura County who will be back in 2020-2021. The list is in alphabetical order. Email lance@wpsblivest.wpengine.com to submit a photo or nominate a player we missed who belongs on the list.

With 9.8 rebounds per game, De La Huerta was the second-leading rebounder at small forward in Ventura County.

Elohim averaged a solid 7.5 rebounds per game, a number that is a little deflated by having to play a chunk of undersized center for a strong but undersized team.

Fuentes’ 7.2 RPG is nice, but not eye-popping. However, the Cougars generally played one of the hardest schedules in Ventura County while at other times blowing teams out early and pulling the starters quickly. Additionally, opponents often game-planned around keeping Fuentes from establishing position inside on offense, including sending multiple bodies at her. If not for those factors she’d probably average double-digits.

Despite having to play a lot of undersized center, Galick led a strong Bulldogs squad with 9.3 RPG.

With 8.4 RPG, Gamble was the top rebounder among lead guards in the county.

With 10.6 rebounds per game, Graves was one of only three players in the county to average a double-double. She plays a lot of de facto center, but she will enter her junior year in the discussion for VC’s top power forward.

Not only is Jaquez one of the top couple of rebounders in Ventura County with 13.3 rebounds per game – and the only player in the county to average 20/10 – but she also may be the best rebounder from the wing position in the entire Southern Section.

Without any six-footers or traditional bigs, 25-4 Camarillo thrived on playing full-blown uptempo small ball. It would not have been possible without Jaquez out-rebounding most opposing centers on both ends of the court while also playing a guard spot in their offense.

With 15.3 rebounds per game, Okah will enter the 2020-2021 season as the leading rebounder in the entire Southern Section, in addition to being the reigning Scorebook Live Ventura County Defensive Player of the Year. And she’s just a freshman. At upwards of 6-3 and growing with a strong for feel the game, Okah may emerge as one of the top-ranked prospects in the Southern Section before the end of her high school career.

The Saints rebounded by committee, and Ramirez was often matched up with other teams’ top inside presence for extended minutes. She still ended up averaging nearly eight RPG and was First Team All-Tri-Valley League as a freshman.

Verdugo averaged a whopping 12.6 rebounds per game as a freshman.