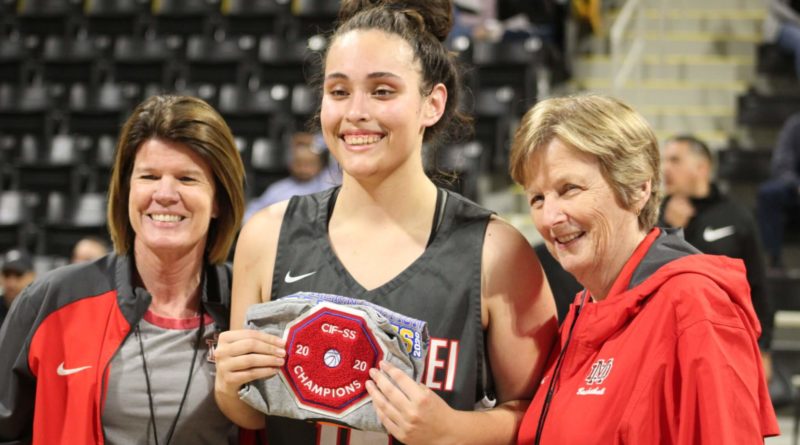 Orange County high school girls basketball was filled with good interior players last season, and quite a few of them will be back in 2020-2021.

These are the top eight rebounders from last season in Orange County that will be returning next season. The list is in alphabetical order. Email lance@wpsblivest.wpengine.com to submit a photo or nominate a player we missed.

Amino averaged just under a double-double for the Vaqueros with 9.5 points and 9.8 rebounds per game. Irvine struggled a bit but faced many of the top teams throughout OC, and Amino kept producing.

The top rebounder on the CIF Open Division champion, Amosa will be one of the best rebounders returning in the Southern Section next season. In addition to having a good nose for the ball, she’s about as good as it gets at boxing out to keep many of the best, longest rebounders in high school hoops off the glass. That’s especially important for a team that likes to go with three or four guards at a time.

Carter averaged 12 RPG as a sophomore which puts her around the top of the list for best rebounders in OC.

Even as an undersized (5-8) freshman center, Collins was one of very best rebounders on a per-minute basis in the county, especially on the offensive glass. She averaged 9.6 RPG without even playing upwards of 25 MPG, and well over half of them were O-boards.

A key member of one of the biggest, most formidable frontcourt rotations in SoCal last year, Hernandez routinely cracked double-digits in rebounds before even reaching the 20-minute mark.

Hernandez grabbed 10.3 RPG last season despite spending most of her minutes playing the wing.

A power forward by trade with a lot of interior duties, Payne averaged 8.9 RPG for the 22-5 Oilers.