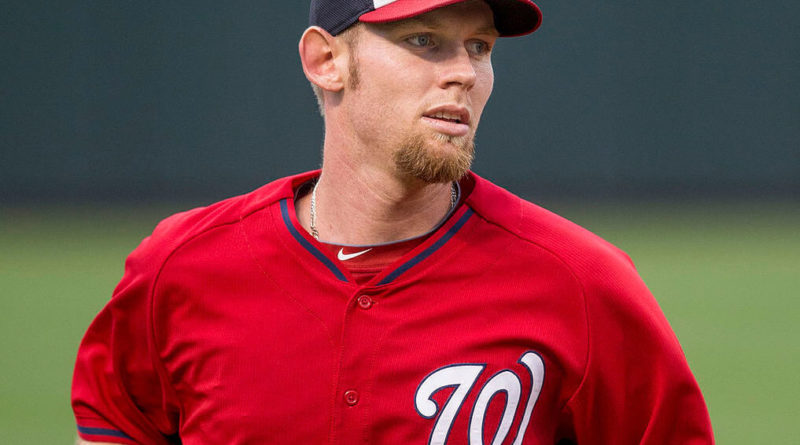 The 2020 MLB Draft is tentatively scheduled to take place June 10, but will be shortened from its usual 40 rounds to as few as five. Over the next few weeks we’ll take a look at current and former San Diego Section prospects who could be selected in this year’s draft.

But first, here’s a historical look at former San Diego Section baseball, basketball, football and soccer products who were No. 1 overall draft picks. Baseball leads the way with seven San Diego products being selected with the top pick.

Moniak was the San Diego Section Player of the Year in 2016, hitting .476 and setting the section record with 12 triples. He had signed with UCLA but turned down the Bruins after being selected first overall in the MLB Draft by the Philadelphia Phillies. Moniak has played four seasons in the minor leagues and finished the 2019 season in Class AA.

Aiken went 18-4 during with a 1.09 ERA during his time with the Dons. He was the 2014 CIF Player of the Year after going 7-0 and striking out 111 batters. The Houston Astros selected Aiken with the first overall pick in the MLB Draft, but after disagreements over Aiken’s physical with the team, he elected not to sign. Aiken became the first top pick in MLB Draft history to not sign. He headed to prep school and underwent Tommy John surgery after getting hurt. Aiken was again a first round pick a year later, this time by the Cleveland Indians. He has played three seasons in the minor leagues.

Strasburg had an excellent senior season for the Wolfpack and headed to San Diego State. He turned into an All-American for the Aztecs and became the first overall pick by the Washington Nationals in 2009. Strasburg has pitched 10 seasons in the major leagues, making three all-star teams and was the World Series MVP in 2019.

Bush was a standout two-way player at Mission Bay HS and a two-time CIF Player of the Year. The Padres selected him first overall in the 2004 MLB Draft, but Bush quickly found himself getting in trouble. The Padres released Bush in 2009. He played in the minor leagues for the Rays and Blue Jays but found himself in jail after injuring a motorcyclist while driving drunk. Bush served three years in Prison and was released in 2015. The Texas Rangers signed him after a tryout in a parking lot at Bush’s place of work. He made his major league debut with the Rangers in 2016 and has pitched three seasons for them in relief. He’s currently recovering from Tommy John surgery.

Gonzalez was a two-time CIF Player of the Year at Eastlake and hit 31 home runs during his high school career. The Florida Marlins selected Gonzalez first overall in the 2000 MLB Draft, but he was traded twice before settling in at first base for the Padres in 2006. Gonzalez played 15 seasons in the major leagues, making five all-star games and winning four gold glove awards. Gonzalez retired after playing the 2018 season for the Mets.

After leaving Oceanside, Chambliss headed to Mira Costa College, then to Montclair State and eventually to UCLA. The Cleveland Indians selected Chambliss with the first overall pick in the 1970 January Draft and made his debut for the team a season later. Chambliss player 17 seasons in the major leagues, winning Rookie of the Year in 1971 and two World Series rings with the Yankees in 1977 and 1978.

Adamson was a first round pick out of Point Loma in 1965 but elected to head to USC. In the 1967 June Secondary Draft, the Baltimore Orioles selected Adamson first overall and sent him directly to the major leagues. Adamson pitched 11 games for the Orioles over the next three seasons and last appeared in 1969.

Wynne was an All-CIF selection at Poway in soccer and track. He headed to UCLA where he played two seasons, being named an All-American in 2005. Wynne was the first overall pick in the 2006 MLS SuperDraft by the New York MetroStars. He played 11 seasons in MLS and made various appearances for the US National Team, before a heart abnormality forced him into retirement in 2018.

Walton dominated the competition at Helix before heading to UCLA. During his three seasons with the Bruins, Walton won two national championships and won the Naismith Award as the nation’s top player during all three seasons. Walton was the first overall pick of the Portland Trail Blazers in 1974 and played 10 seasons in the NBA, winning two championships. Walton was inducted into the Basketball Hall of Fame in 1993.

Smith went 25-1 during his final two seasons at Helix, winning two CIF section championships. Smith headed to Utah, where he started two seasons for the Utes and was named a finalist for the Heisman Trophy in 2004. He was selected first overall by the San Francisco 49ers in the 2005 NFL Draft. Smith has played 13 seasons in the NFL, making three Pro Bowls. He’s currently a member of the Washington Redskins.

Plum scored 2,247 points in high school at La Jolla Country Day. She led the Torreys to four CIF Section Championships and the Division IV State Championship in 2012. She headed to the University of Washington, where she immediately became a star. Plum averaged 21 points per game during her freshman season and improved upon that each of the next three seasons. She averaged 31.7 points per game during her senior season to finish with 3,527 career points, giving her the all-time scoring record in NCAA women’s basketball. Plum was selected first overall in the 2017 WNBA Draft by the San Antonio Stars and has completed three professional seasons.