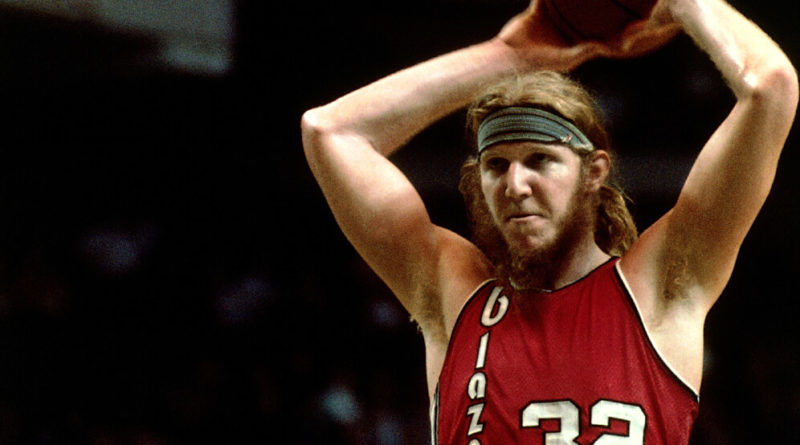 Budinger was a two-time CIF San Diego Section Player of the Year for the Mavericks, winning a CIF Championship his senior season when he scored 50 points against Eastlake. He finished his high school career with 2,934 points, a section record at the time. Budinger was the Co-MVP of the 2006 McDonald’s All-American game, sharing the honors with Kevin Durant. After three seasons at Arizona, he was the 44th overall pick in the 2009 NBA Draft. Budinger played seven seasons in the NBA before retiring. He has now transitioned into playing professional beach volleyball on the AVP Tour. Budinger was the nation’s top-ranked volleyball recruit out of high school.

Buechler won three straight CIF section championships at Poway and was named the 1986 CIF Player of the Year. After four seasons at Arizona, Buechler was a second-round pick in the 1990 NBA Draft.

Buechler played 12 seasons in the NBA, winning three-straight championships with the Chicago Bulls in the late 90s. He currently serves as an assistant coach for the New York Knicks.

Dudley averaged 17 points per game for the Falcons during his senior season. He headed to Yale where he played four seasons, averaging 18 points and 13 rebounds per game as a senior. He was a fourth-round selection of the Cleveland Cavaliers in the 1987 NBA Draft. Dudley went on to play 16 seasons in the NBA, making his mark as a rebounder and shot blocker. Dudley ran for Governor in the State of Oregon in 2010.

Dudley had an excellent career with the Panthers, winning three CIF Section Championships and two CIF Division IV State Championships. He was named the 2002-03 CIF San Diego Section Player of the Year by the San Diego Union-Tribune.

Dudley headed to Boston College, where he scored over 2,000 career points during his four seasons and was named the 2007 ACC Player of the Year. Dudley was the 22nd overall pick of the Charlotte Bobcats in 2007.

Dudley is in his 13th NBA season, currently as a member of the Los Angeles Lakers.

Levingston is one of the top rebounders in San Diego Section history, finishing with 1,216 during his career for the Tigers. He played three seasons at Wichita State, averaging 16 points and 11 rebounds over his career. Levingston entered the 1982 NBA Draft and was selected ninth overall by the Detroit Pistons. He played eleven seasons in the NBA, winning two Championships with the Chicago Bulls in 1991 and 1992. Levingston later served as an assistant coach for the Harlem Globetrotters.

McCoy set a San Diego Section record in 1993 when he blocked 19 shots in a game against Mira Mesa and later tied his own record a season later. McCoy was a McDonald’s All-American following his senior season for the Saints and was named the 1995 CIF Player of the Year.

McCoy spent three seasons at UCLA, averaging 10 points and seven rebounds per game. The Seattle SuperSonics selected him in the second round of the 1998 NBA Draft. McCoy played eight seasons in the NBA and retired in 2012 after playing internationally for several seasons.

McGuire was a defensive force for the Hornets. In a 2003 game against Upland, he posted 18 points, 18 rebounds, and 18 blocks. He played two seasons at Cal before transferring to Fresno State. McGuire entered the NBA Draft after his only season with the Bulldogs, going 47th overall to the Washington Wizards. McGuire played six seasons in the NBA and currently plays in the Mexican National League.

Pollard was a Parade All-American out of Torrey Pines in 1992, where he won a CIF Section Championship and was named the CIF Player of the Year. He headed to Kansas, playing four seasons for the Jayhawks, before he was a first-round selection by the Detroit Pistons in 1997. Pollard played 11 seasons in the NBA, winning a championship with the Boston Celtics in the 2007-08 season.

Powell won two CIF section championships during his time at Lincoln and won the CIF DII State Title in 2010. A top-50 recruit, Powell headed to UCLA where he played four seasons for the Bruins. Powell averaged 16 points per game during his senior season and was then selected 46th overall in the 2015 NBA Draft. Powell is now in his fifth season with the Toronto Raptors, winning the NBA title in 2018-19, and was averaging 16 points per game before the 2019-20 season was suspended.

Walton was the 1970 CIF Player of the Year for the Highlanders, averaging 29 points and 25 rebounds per game. He played four seasons at UCLA averaging 20 points and 16 rebounds for his career. Walton was the first overall pick in the 1974 NBA Draft and played ten seasons in the NBA, winning two championships and being named the league MVP in 1977-78. Walton was inducted into the National Basketball Hall of Fame in 1993.

Walton won four straight Section Titles with the Dons and capped it off with a CIF State Championship in 1998 and was also named the CIF San Diego Section Player of the Year. Walton played four seasons at Arizona, averaging nine points, five rebounds, and five assists per game. He was selected 32nd overall in the 2003 NBA Draft and went on to play ten seasons. Walton began coaching in 2011, starting at the University of Memphis. He served as the Head Coach of the Los Angeles Lakers for three seasons and currently coaches the Sacramento Kings.

Williams was named the Southern California Prep Basketball Player of the Year during his final season for the Cavers in 1959. He went on to play at San Diego City College and Cal Poly Pomona before trying out for the San Diego Rockets in 1967. Williams went on to play eight seasons in the NBA, winning the championship with the Boston Celtics in the 1973-74 season.

Withey led the Panthers to the 2006 CIF Division IV State Championship, taking down San Joaquin Memorial in double overtime along the way, a team that featured Brook Lopez, Robin Lopez, and Quincy Pondexter. Withey initially enrolled at Arizona but transferred before playing a game. He spent four seasons at Kansas and was twice named the Big 12 Defensive Player of the Year. Withey was the 39th overall pick in the 2013 NBA Draft and played for three teams during his five seasons in the NBA. He currently plays in the Israeli Premier League.