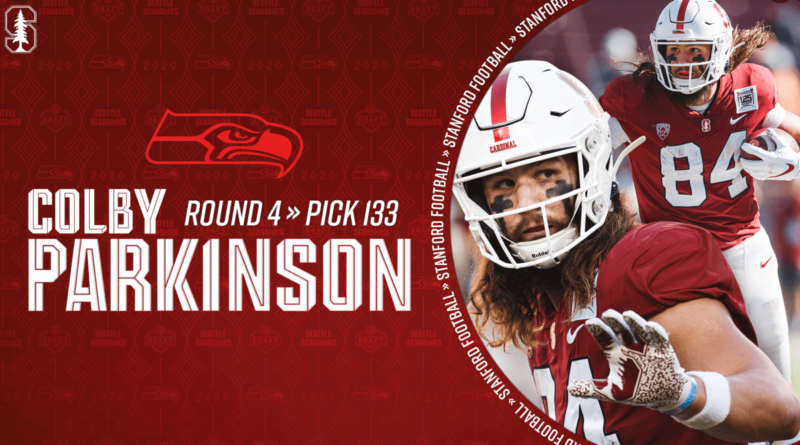 Former Oaks Christian star Colby Parkinson was drafted in the fourth round of the NFL Draft by the Seattle Seahawks. He was selected 133 overall.

After posting 589 receiving yards last season, Parkinson was projected to go in the fourth round and that’s where he landed. In high school, Parkinson was a teammate of Michael Pittman’s, the USC receiver taken by the Indianapolis Colts in the second round, at Oaks Christian.

The skinny: An All-Pac 12 second team pick this past season, Parkinson caught a touchdown and threw one too in addition to his 589 receiving yards. He also started all 12 games a year ago.

What they’re saying: “He’ll be listed as a tight end, but he’s a big receiver who can be released into routes as a wingback, slot or wideout. He was much more productive in the red zone in 2018, but he didn’t always have functional throws to work with. He runs well for a pass-catching tight end and has the athletic traits to attack on all three levels. He’s almost automatic on the easy catches and has ball skills to rescue some of the harder ones. Teams looking for him to check the run-blocking box will need to keep it moving. Parkinson may be a little polarizing, but appears to be a field-stretching flex tight end with above-average playmaking ability down the field and near the goal line.” -NFL.com’s Lance Zierlein.