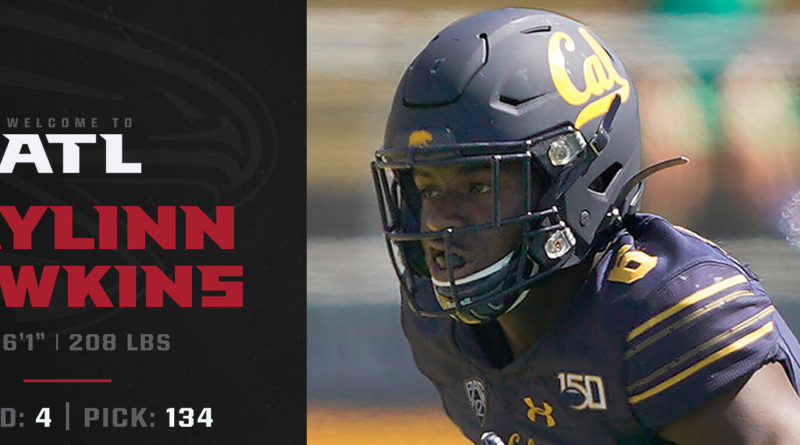 Former Buena Park High School star Jaylinn Hawkins was drafted by the Atlanta Falcons on Saturday in the fourth round of the 2020 NFL Draft.

Hawkins, who played four seasons for the Cal Bears, was selected with the No. 134 overall pick. He was a consensus four-star prospect coming out of Buena Park in 2015.

Hawkins was a two-way star in high school, lining up at both wide receiver and cornerback for the Coyotes. His Cal teammate — and former Santa Cruz High School standout — Ashtyn Davis was drafted by the New York Jets in the third round.

The skinny: A 6-2, 210-pound safety/defensive back, Hawkins appeared in 50 games for Cal over four seasons, including 38 starts. He had a team-high three interceptions in 2019 to go along with 56 tackles and two sacks.

What they’re saying: “Physical safety whose lack of speed and cover talent could pigeonhole him as a box safety at the next level. His eyes and instincts are good enough in space, but Hawkins just doesn’t have the twitch to make enough plays on the football. He’s a striker, but not reliable as a “get him down” tackler in the open field and that will work against him. He will need to shine as a special-teams contributor to make a roster.” — NFL.com analyst Lance Zierlein