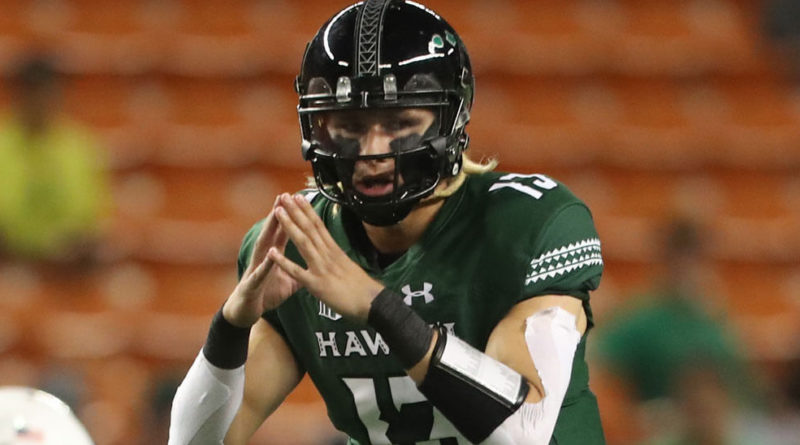 Former Sonora High School star Cole McDonald was drafted in the seventh round of the NFL Draft by the Tennessee Titans. He was selected 224th overall.

McDonald was Hawaii’s player of the season and a second team All-Mountain West selection in 2019. He completed 63.8 percent of his attempts for 4,135 yards and 33 touchdowns.

Learn more about McDonald below:

The skinny: McDonald played for a pass first Hawaii team and led the Rainbows to a 10-5 record and Hawaii Bowl win over BYU in 2019. The knock on McDonald is that he has a weak arm.

What they’re saying: “Next up from the pass-happy Hawaii offense with good size and impressive touchdown production over the last two seasons as a starter. While he can read defenses and throw with touch, he doesn’t have the timing or ball placement to make up for his weak arm. He needs to work to a condensed field as a pro, but even then, jumpy cornerbacks could feast since he struggles to work with consistent anticipation to limit contested throws. He’s a decent athlete, but it’s not enough to offset his throwing deficiencies.” – Lance Zierlein NFL Analyst