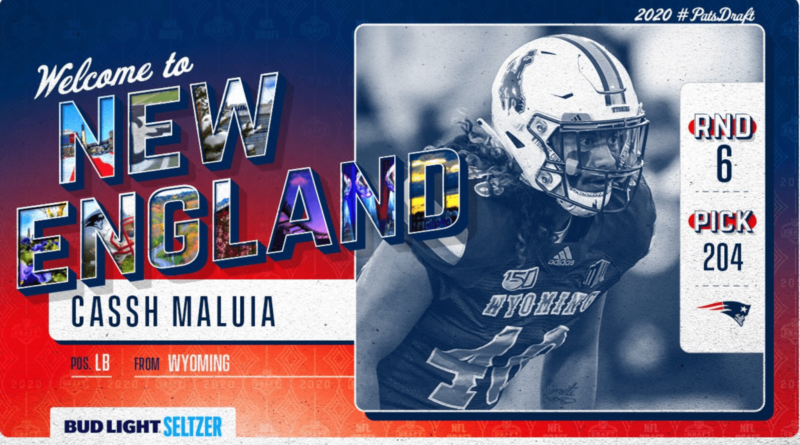 Former Paramount star Cassh Maluia was drafted in the sixth round of the NFL Draft by the New England Patriots. He was selected 204th overall.

Maluia played on both sides of the ball at Paramount. He played safety and quarterback. He made 61 tackles as a senior at Wyoming at linebacker and had two interceptions.

The skinny: Look for Maluia to make the Patriots’ roster has a special teamer.

What they’re saying: “The quick twitch and lateral quickness can be intriguing when they pop on tape, but his inability to leverage gaps, take on blockers and play with consistent recognition of play development is problematic. Maluia has good speed, agility and short-area movement skills, but he will be a long shot to earn a roster spot unless he can become a special teams star.” – Lance Zierlein NFL Analyst