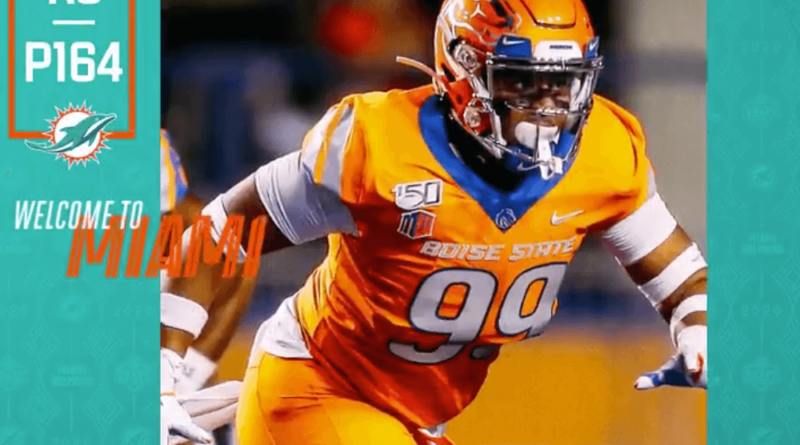 Former St. Anthony (Long Beach) star Curtis Weaver was drafted in the fifth round by the Miami Dolphins. He was selected 164th overall.

Numerous mock drafts predicted Weaver to be drafted in the second round at no. 54 overall to the Buffalo Bills. Others had him going in the mid-to-late third round.

Weaver was a 3-star prospect coming out of St. Anthony and had 12 offers. He made 42 tackles in only nine games as a high school senior, but finished with 52 tackles, 17 TFL’s, seven sacks, two forced fumbles, and two blocked field goals in 13 games as a junior.

“Stand-up end whose production as a pass rusher must be balanced out by his below-average ability and athleticism in stopping the run. Weaver is a naturally instinctive counter-rusher who uses synchronized hands/feet to attack both inside and outside edges as a rusher, but his lack of explosiveness and athletic traits could dull his rush production against NFL offensive tackles. He plays with football intelligence, but his level of NFL success could be determined by whether his skill can overcome below-average explosiveness.” -NFL.com’s Lance Zierlein