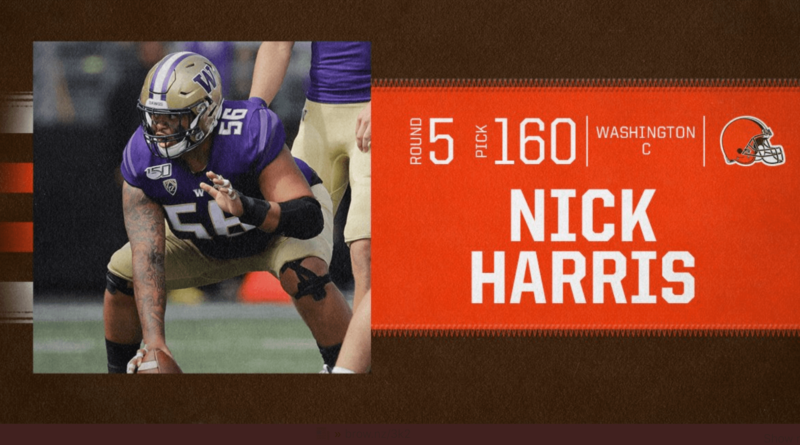 Former JSerra (San Juan Capistrano) star Nick Harris was drafted in the fifth round of the NFL Draft by the Cleveland Browns. He was picked 160 overall.

Harris was widely regarded as a likely fourth-round pick in mock drafts, but Tankathon projected him to go at the end of the third round. He could potentially play guard in the NFL but is primarily a center prospect.

In high school, Harris played for former NFL lineman Pat Harlow at JSerra. Washington was the only FBS school to offer him a scholarship.

The skinny: Harris played his freshman and sophomore seasons at guard, primarily right guard, before being moved to center for his upperclassman years. He was a First Team All-Pac 12 pick as both a junior and senior after the position switch. Harris is renowned for both his hard work and toughness on the field and high character off the field and in locker rooms.

What they’re saying: “Worker-bee, center-only prospect who won’t check many physical boxes but brings his grit to the fight on every snap. Harris’ body type belies his impressive foot quickness and ability to make all the move blocks needed from his position. His ability to sustain both run and pass blocks speak to his consistency of effort and performance, but size, scheme and positional limitations could cause him to drop lower in the draft than his actual tape would dictate.” -NFL.com’s Lance Zierlein.