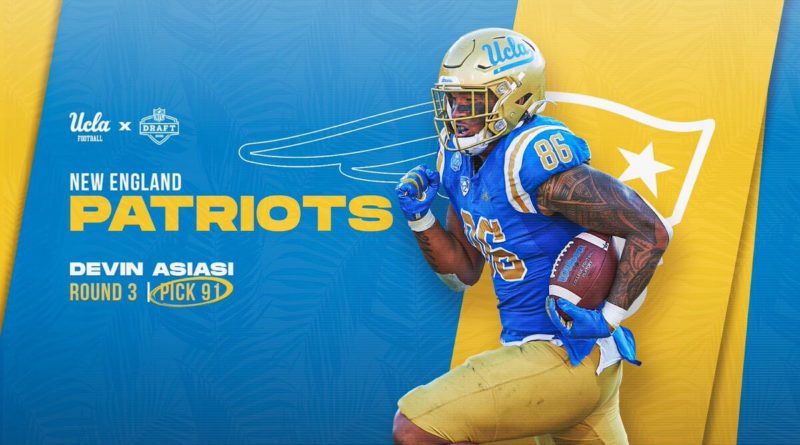 Former De La Salle High School star Devin Asiasi was drafted by the New England Patriots Friday in the third round of the 2020 NFL Draft.

Asiasi, who started his college career at Michigan before transferring to UCLA, was selected with the No. 91 overall pick. He was a four-star prospect coming out of De La Salle in 2016.

The skinny: A 6-3, 260-pound tight end, Asiasi caught 44 passes for 641 yards and four TDs as a redshirt junior for the Bruins last season.

What they’re saying: “Asiasi had just eight career catches heading into the 2019 season, but his ’19 tape should be Exhibit A in assigning his draft grade. He needs to work on eliminating bad weight and improving his technique as an in-line blocker, but his athleticism and speed really stand out in space. … Asiasi’s areas of improvement are attainable and he projects as a play-making Y with future TE1 potential.” — NFL.com analyst Lance Zierlein