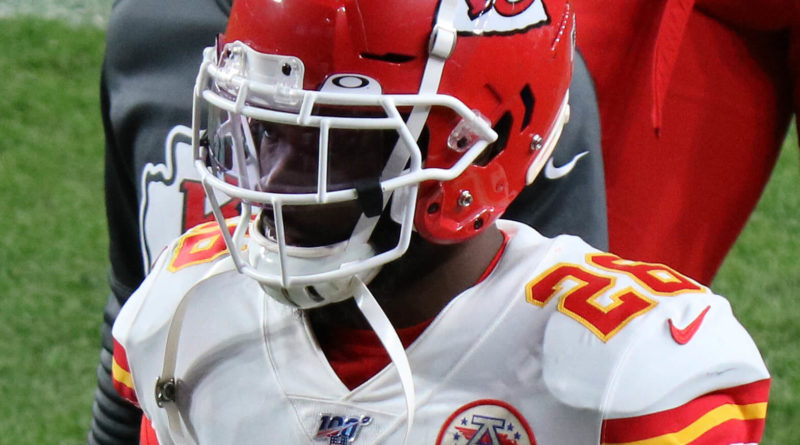 The 2010 high school football season was one of the best in recent memory in the San Diego Section. There was star power all across the county with several players extending their careers into the NFL. Scorebook Live California reporter Bodie DeSilva takes a look at the Class of 2010 and how they fared in college and the NFL.

(Notes: All recruiting rankings are from Rivals.com. The Damien Williams photo is from Jeffrey Beall.)

Baxter was one of the most unstoppable players in San Diego history. As a senior, he threw for 25 touchdowns and ran for 50 touchdowns while leading his team to the CIF division four championship. Baxter signed with USC but only played in 14 games during his first two seasons before transferring to San Diego State. Baxter was then dismissed from the Aztecs before ever playing in a game. Baxter finished up his career at Baker University in Kansas.

Clay put up huge numbers for the Falcons, becoming the first player in California history to gain 1,000 yards rushing and receiving in the same season. Clay headed to Oklahoma where he played in 46 games for the Sooners, finishing with just under 2,000 career rushing yards and 13 touchdowns. Clay played for the Denver Broncos in the 2014 NFL preseason.

Jefferson ran for 1,995 yards and 25 touchdowns during his senior season and also caused havoc on the defensive side of the ball while leading the Titans to the CIF division one championship. Jefferson headed to Oklahoma where he was a freshman All-American and a three-year starter for the Sooners, finishing with 258 tackles and eight interceptions. After going undrafted in the 2013 NFL Draft, Jefferson signed with the Arizona Cardinals. Jefferson is currently a free agent after playing the past three seasons for the Baltimore Ravens.

Stills became the first receiver in San Diego history to surpass 3,000 career receiving yards during his time with the Mavericks. Stills headed to Oklahoma along with Clay and Jefferson to form the “Cali Trio”. Stills became a starter as a freshman for the Sooners and finished his three-year career with 2,594 receiving yards and 24 touchdowns. He was a fifth round selection of the New Orleans Saints and just completed his seventh NFL season, now playing for the Houston Texans.

Crothswaite was a key piece for the Dons during the 2008 season when they went 15-0 and won the CIF D2 State Championship. He continued his career at Cal, starting 21 games at right guard during his last three seasons. He attended mini-camp for the Chargers and Raiders in 2015.

Dunn played all over the field for the Hornets, being named All-CIF as a senior. He initially committed to Cal before later switching to Fresno State. He played in 23 games over two seasons for the Bulldogs before transferring to Portland State to finish out his career.

Seale finished his high school career as San Diego’s leading rusher with 6,694 yards. Seale carried the ball 53 times for the Cardinal during his career, scoring his first touchdown as a senior. Seale played two games for the Buffalo Bills during the 2015 NFL preseason. Seale currently works as a scout for the Kansas City Chiefs.

Thomas threw for 47 touchdowns during his three years as a starter for Valhalla. He switched his commitment late, going from Arizona State to Colorado State. He started every game for the Rams as a true freshman before transferring to NC State for two seasons. Thomas finished up his career at Louisiana-Monroe in 2014 and then started six games for the Arena Football League’s Los Angeles Kiss in 2016. Thomas is now an assistant coach at Louisville.

Molesi was named first-team All-State during his senior season for the Pirates. He signed with Oregon State, but was forced to take the junior college route at Arizona Western. After his junior college stint, Molesi headed to Portland State to finish up his college career.

Dean took up football late and then had a breakout season as a senior with 1,491 yards and 22 touchdowns. He headed to Fresno State for two seasons alongside teammate Davon Dunn before both transferred to Portland State to finish their careers. Dean played in the Indoor Football League last season for the San Diego Strike Force.

Williams ran for 2,287 yards and 24 touchdowns as a senior and signed with Arizona State, but was forced to take the junior college route at Arizona Western. He headed to Oklahoma after two seasons, but was dismissed from the Sooners as a senior after running for 1,499 yards and 18 touchdowns. Williams went undrafted in 2014, but signed with the Miami Dolphins. Williams had his most productive season in 2019, helping the Kansas City Chiefs win the Super Bowl.

Te’i was a two-time all-league selection during his time for the Wildcats. He played his first season at Arizona State before heading to Mt. San Antonio College and then headed to Fort Hays State to finish his career.

Whittaker put up big numbers on both sides of the ball during his time with the Pirates. He missed his first three seasons at San Diego State due to injuries, but bounced back to play 38 games over his last three seasons and grabbed eight interceptions and was an All-Mountain West performer.

Fely was a first-team All-CIF selection during his senior season for the Pirates. Fely headed to San Diego State where he battled injuries but managed to record 109 tackles in only 19 career games.

Lamar was an all-league pick at Madison while playing both sides of the ball. Lamar played receiver during his first two seasons before switching to defensive back. He played in 23 games for the Aztecs as a backup and on special teams.

Fontenette was a quarterback for the Warhawks, leading them to a 10-2 record as a senior. He signed with Fresno State to play linebacker but never ended up playing for the Bulldogs.

Keels was a teammate of Dillon Baxter’s and a big key to helping Mission Bay to a 13-0 season during their senior year. Keels saw action at cornerback and special teams during his time with the Aztecs.

Thomas was an All-State performer during his time at Poway and chose the baseball route following graduation, signing with Oregon. He was drafted by the Mariners in the 21st round in 2013 and played two seasons of minor league baseball.

Ware was an all-league pick for the Panthers before heading to Boise State. After greyshirting and redshirting for the Broncos, Ware caught three touchdown passes over two seasons before sustaining a career ending knee injury.

Pennix headed to Grossmont College after finishing up with the Norseman. After a junior college stint, Pennix finished up his career at West Texas A&M and later served as an assistant coach for Texas A&M – Kingsville.

Linton was an all-league pick for the Highlanders during his senior season. Linton saw time at receiver, cornerback, and special teams during his time with the Spartans.

Randall had one of the best high school careers in San Diego history. While playing for the Lancers, Randall threw for 49 touchdowns, ran for 69 touchdowns, made 325 tackles and grabbed 21 interceptions. Randall kept up the production at Yale, being named a team captain in 2014 and was twice named All-Ivy League. He finished his Yale career third in career receptions, eighth in touchdowns, and ninth in receiving yards.

Gavin was named first team All-State during his senior year with the Lancers. He headed to Yale where he started 33 games over his four year career, while being named to the All-Ivy League 2nd team as a senior.

Sparkman was a first team All-Western League selection as a tight end during his senior season at Point Loma. He headed to UNLV and finished with 103 tackles during his four seasons with the Rebels.

Siluano was a two-time All-CIF selection for the Pirates. He recorded 94 tackles and two interceptions during his four seasons at San Diego State. Siluano made his debut as a professional boxer in February.

Holder was another one of the Pirates that headed to San Diego State after going 26-0-1 during their final two seasons at Oceanside. He made 105 tackles over his 38 games for the Aztecs.

Galea’i played four seasons of varsity football for the Pirates, being named first team All-CIF as a senior. He battled injuries during his time with the Aztecs, limiting him to only 17 games during his college career.

Morgan was a star on the football field and the track for the Bulldogs, winning the CIF Title in the 400M. Morgan signed to play football at West Point, but was tragically killed in a motorcycle accident while home on break in 2012.

Zalud was twice named CIF Kicker of the Year while playing for the Mavericks. He signed with Arkansas State out of high school and transferred to Cal Poly after two seasons with the Red Wolves. Zalud handled kicking duties for the Mustangs during his final two collegiate seasons.

Barksdale was a first team all-league performer at quarterback during his senior season for the Titans. He headed to USD where he played receiver and returned kicks for the Toreros.

Zier formed an incredible duo with Ricky Seale for the Cougars. Zier rushed for over 2,000 yards and 31 touchdowns during his last two high school seasons. Zier elected to play baseball at San Diego State where he became an All-Mountain West infielder. He was drafted by the Phillies in 2014 and played five seasons of minor league baseball.