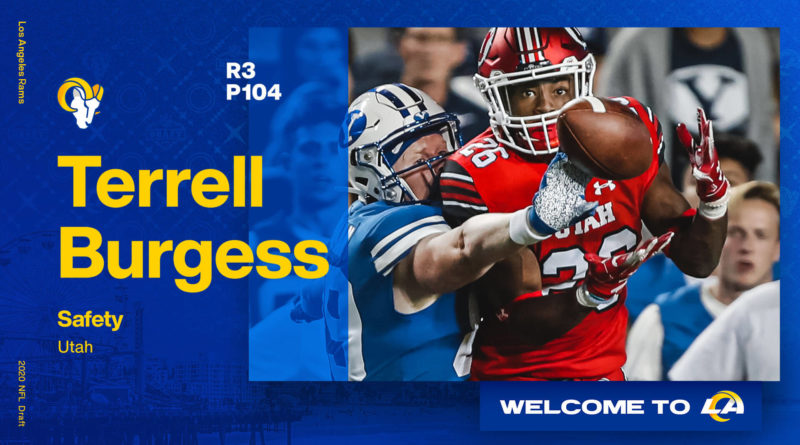 Former San Marcos High School star athlete Terrell Burgess was drafted by the Los Angeles Rams Friday in the third round of the 2020 NFL Draft.

Burgess, who played four seasons at Utah, was selected with the 104th overall pick. He was considered one of the top defensive backs coming into the draft with several mock drafts projecting him in the second thru fourth rounds.

Burgess was a three-star recruit out of San Marcos, choosing the Utes over Arizona, Boise State, and Cal.

Burgess was a two-time All-CIF selection at San Marcos, making it as a defensive back during his junior season and as a receiver during his senior season. Burgess caught 17 touchdown passes and has eight interceptions during his time with the Knights.

The skinny: A 5’11” 202 pound safety, Burgess had a breakout senior season for the Utes. He played in all 14 games during the 2019 season, recording 81 tackles, an interception, and five pass break ups.

Burgess played receiver and safety during his freshman season before switching to the defensive side full time.

NFL.com’s Lance Zierlein says “Utah is known for developing defensive talent and Burgess is the latest success story to emerge from the program. The cornerback-turned-safety plays with uncommon discipline and field vision despite just a single season as full-time starter. Teams love his versatility and ability to play nickel, but matchups against speed could cause some issues.”