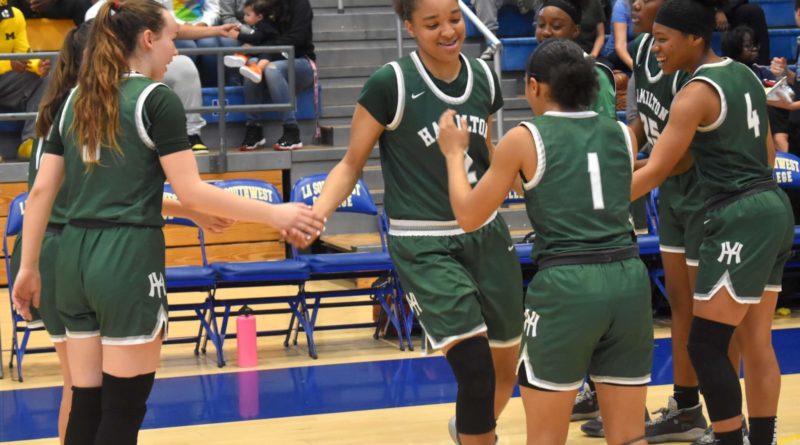 Rankin has been one of the building blocks of the steep rise of Hamilton girls basketball throughout her four years there, and also led the Lady Yankees to a Division II title as a sophomore in 2018. This past season, she made the CIFLACS’ all-section team, and was an easy inclusion on Scorebook Live’s First Team All-City Section as well.

What can Golden Eagles expect from the 5-11 forward for the next four years?

Versatility is the first word that comes to mind when describing Rankin’s game. She spent time at both forward spots, center, and even some point guard as a senior at Hamilton, and led the Lady Yankees in most base stats. Other than the fact she didn’t shoot many threes in high school, there was nothing she couldn’t or didn’t do at a high level at Hamilton. And with excellent athleticism for 5-11, almost nobody could match up with her.

Offensively, she was a slashing forward with an excellent mid-range jumper in high school, and that’s what she’ll probably be in college.

Rankin can handle the ball and attack the rim like a guard, and drains anything within 17 feet, including off the dribble. In addition to feasting in transition, Hamilton ran a lot of uptempo five-out sets, so it was fairly rare that they isolated Rankin in the post, but she’s capable of taking smaller defenders to the rim with her back to the basket and that may be something she develops more in college. She’s also a willing passer with above-average vision for a forward, and might be able to take on some point forward roles once she adjusts to the college level.

Like on offense, Rankin also should be able to contribute quickly on defense, and has plenty of upside in that department. In high school, she guarded positions 1-5 on nearly a nightly basis. She’s disruptive on the perimeter with her combination of length and athleticism – including very good lateral quickness, in addition to run/jump athleticism – and can be thrown onto guards even though she might not play much guard on offense. Rankin uses her physical tools to both invade passing lanes and protect the rim, blocking quite a few shots in a weak-side/chase-down manner. While she’s already strong, she could be even more of an interior defensive threat down the road if she were to gain a little muscle without losing any agility. If that happens, she could plausibly match up against very good interior power forwards a little later in college.

Additionally, Rankin was one of the best rebounders on both sides in the City Section in high school. She’s not going to have the same physical advantages over college competition, but she could still be quite a plus crashing the boards right away as a small forward. And if her primary position ends up being power forward, she’ll hold it down on the glass well enough to match up against slightly bigger fours. When she grabs an offensive board, she’s great at either putting it back up in traffic or quickly restarting the offense.

Finally, it seems from the outside that Rankin’s intangibles are very high. She appears to have a quiet demeanor, but was a major leader for a Hamilton squad that had phenomenal chemistry. Even though she often makes a 25/12/5/3/3 night look way too easy, she’s a high-octane competitor who leaves it all out there. Her basketball IQ stood out a lot for someone who could simply physically dominate, and she has great understanding of where help is going to come from and where to expect her teammates.

While Rankin will in some ways be pretty raw at the college level to start, she has all the tools needed to become a great Division II player. And her experience dominating on big stages in her high school career bodes very well. It may take her a bit to adjust to far bigger, more athletic competition, but she has the motor to potentially contribute right away, and the upside to eventually become a cornerstone of CSULA women’s basketball.