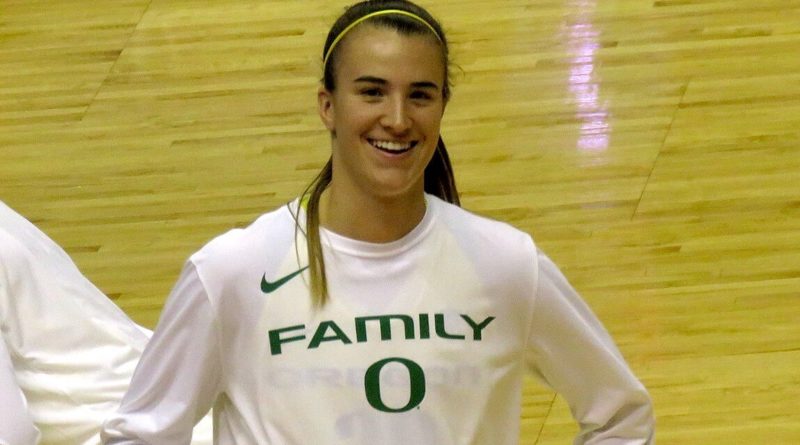 Ionescu and Odom famously squared off in the 2016 CIF State Open Division girls championship game, with Chaminade pulling out an 80-71 victory. It was Miramonte’s only loss of the season. Odom scored an Open Division-record 33 points and pulled down 15 rebounds, while Ionescu posted a triple-double (24 points, 10 rebounds, 10 assists). Now, they’re teammates.

2020 WNBA Draft: Selected No. 1 overall by the New York Liberty

College (Oregon): Ionescu had a historically dominant tenure at Oregon, becoming the first player (female or male) in NCAA history to total 1,000 assists, 1,000 rebounds, and 2,000 points (she surpassed 2,500) in a career. She was a Wooden Award finalist her sophomore year, and won the Wooden Award for the top player in college ball both her junior and senior years. She also took Oregon to their first ever Final Four in 2019, and they were back in it in 2020 before it was canceled as a result of the coronavirus pandemic.

Her list of achievements could go on for pages. Ionescu more than doubled the previous record for career triple-doubles (men’s or women’s) with 26 and finished with the most assists in Pac-12 history (men’s or women’s).

High school (Miramonte): In her senior year at Miramonte, Ionescu was named the USA Today national player of the year, California Gatorade Player of the Year, and a McDonald’s and Jordan Brand All-American. She was named MVP of the McDonald’s All-American Game after scoring a record 25 points to go with 10 rebounds. That was just a regular night’s work for her, as she averaged 25.3 points, 8.8 assists, 7.6 rebounds, 4.5 steals and 1.3 blocks per game her senior year. Ionescu also notched a 24-point triple-double in the state title game.

2020 WNBA Draft: Selected No. 15 overall by the New York Liberty

High school (Los Alamitos and Chaminade): Odom was an elite high school player from start to finish. She was an all-state selection as a freshman at Los Alamitos and missed most of her sophomore year with injuries before transferring to Chaminade before her junior year.

As a senior, Odom was a McDonald’s and Jordan Brand All-American after guiding Chaminade to an Open Division state title on 21.5 points, 9.9 rebounds, 2.5 assists, 1.5 steals and 2.1 blocks per game. Her 33-point, 15-rebound performance in the title game victory over Ionescu and Miramonte was one of the best performances in CIF state championship history.

(Sabrina Ionescu photo by Scott U)