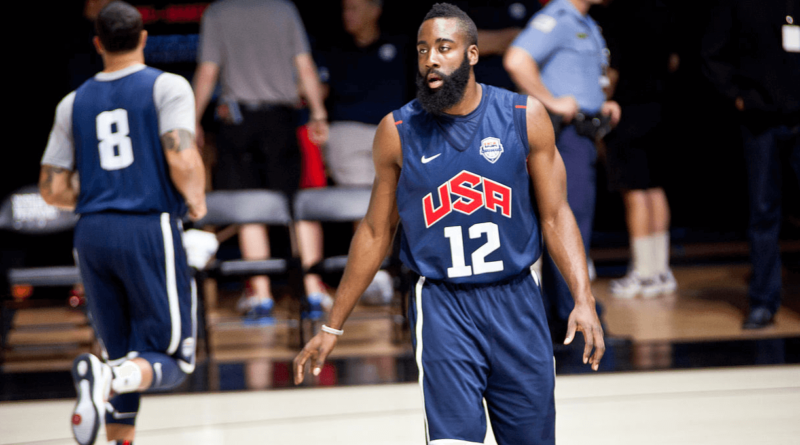 The first round wraps up on Friday with matchups in the NBA region (every player in this region went on to play in the league), starting with Crenshaw/St. John Bosco’s Daniel Hamilton, an eight seed, taking on Artesia’s James Harden, a one seed.

Hamilton played at St. John Bosco under head coach Derrick Taylor. Before that, he attended Crenshaw High School in Los Angeles, alma mater of UConn coach Kevin Ollie, Hamilton’s future college coach. Hamilton averaged 20.5 points. 9.0 rebounds, 5.2 assists, and 1.3 steals per game as a senior in 2014. He led the Braves to a 23-11 record and the California Division II state championship that season.

Following his career at UConn, Hamilton was drafted 56th overall in the 2016 NBA Draft by the Denver Nuggets. He now plays professionally in Puerto Rico.

Harden is one of the most decorated high school basketball players in the history of the state. He led his Artesia team to a 33-2 record in his senior year, 2007. Artesia won their second straight sectional and state titles that year. Harden averaged 18.8 points, 7.9 boards and 3.9 assists per game that season and won a trophy case full of Player of the Year honors. He averaged 18.8 points, 7.7 boards and 3.5 assists per game in his junior year. That Artesia state title team went 33-1 and Harden shot nearly 60 percent from the floor. Harden averaged 13.2 points per game in his sophomore year. Artesia went went 28-5 that season and lost in the Sectional championship to Santa Margarita.

Harden entered Arizona State as the most coveted signee in school history (first McDonald’s All-American to sign with ASU out of high school since 1984). He was drafted third overall in the 2009 NBA Draft by the Oklahoma City Thunder. He now plays for the Houston Rockets. Harden won the NBA’s MVP Award in 2018. He’s an eight time All-Star.