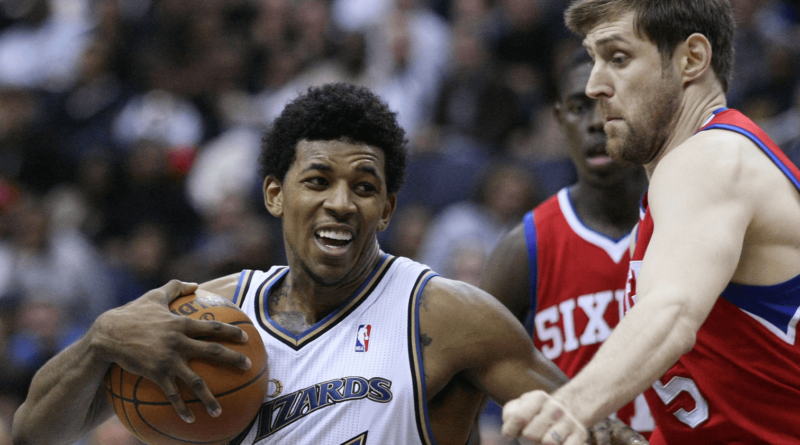 The first round continued on Thursday with matchups in the Harvey Kitani region. In the fourth matchup in the region, Cleveland’s Nick Young, a five seed faced Taft’s Jordan Farmar, a four seed.

Young averaged 27.2 points and 10.8 rebounds as a 2004 senior at Cleveland High, earning 2004 CIF L.A. City Section, Los Angeles Times All-City and San Fernando Valley first team honors. He shot 57.3 percent from the field and 46.8 percent from three-point range (52-of-111), had 48 steals and 41 blocks as Cleveland finished 25-4. Young once scored 56 points in one game and had 23 rebounds in another. He earned CIF L.A. City Section first team honors in 2003. Young was coached by current Sierra Canyon head coach Andre Chevalier at Cleveland.

He went on to play at USC where he led the Trojans to the 2007 Sweet 16. USC defeated Kevin Durant’s Texas team that season and lost to Tyler Hansbrough’s North Carolina squad. Young was drafted 16th overall in the 2007 NBA Draft by the Washington Wizards.

Young and his opponent, Jordan Farmar, were friendly growing up. Farmar helped Young prepare for the SAT.

As a senior, Farmar averaged 27.5 points and 6.5 assists per game. He led Taft, coached by Derrick Taylor, to the school’s first Los Angeles City title (a 64-60 victory over future UCLA teammate Josh Shipp’s Fairfax squad. Farmar hit four straight free throws over the last 20 seconds to seal the victory for Taft and scored 29 points in the game. The Toreadors went 28-3 that year. In the Southern California Regional playoffs, he scored 36 points in a quarterfinal victory over Mission Viejo and 38 points, including 27 of Taft’s final 29 points (20 in the fourth quarter), in a semifinal loss to Etiwanda. Farmar was a McDonald’s All-American, The Los Angeles Times Player of the Year and LA City Co-Player of the Year (with Shipp) in 2004.

Farmar played college basketball at UCLA. He led the Bruins to the National Championship game in 2006. UCLA lost to Florida 73-57. Farmar was drafted 26th overall by the Los Angeles Lakers in the 2006 NBA Draft.