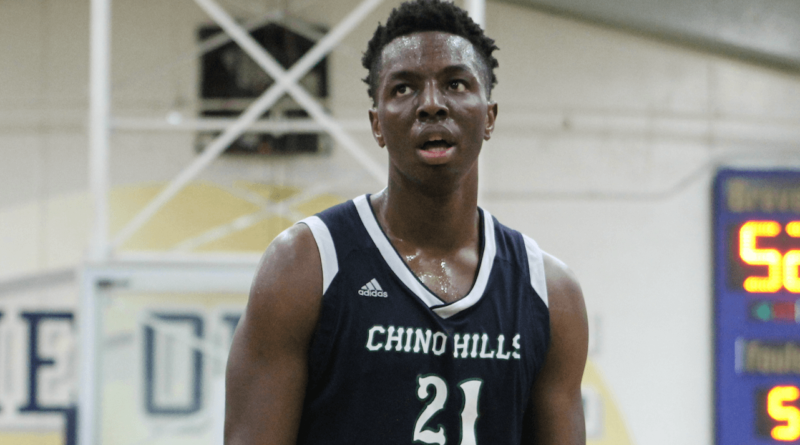 Our 32-player bracket tipped off Tuesday with first-round matchups in the Ed Azzam region. The first round continued on Wednesday with matchups in the Gary McKnight region. In the second matchup in the region, Mater Dei’s Cedric Bozeman, a seven seed, faced Onyeka Okongwu, a two seed from Chino Hills.

Bozeman played college basketball at UCLA. He started the 2006 National Championship for the Bruins, a game UCLA lost to Florida. He then spent some time with the Atlanta Hawks in the NBA before beginning a professional career overseas.

As a senior at Chino Hills, Okongwu averaged 27.0 points, 11.0 rebounds, 4.3 blocks, 4.0 assists per game while shooting 62 percent from the field and 77 percent from the free throw line. He led Chino Hills (25-10) to its third Division I state title in his four seasons in 2019. In the 69-63 win in the title game against James Logan, Okongwu had a double-double of 26 points and 15 rebounds. Okongwu was named California “Mr. Basketball” for the second straight season, becoming the fifth player in the CIF state title era to win the award in back-to-back years. He was named the L.A. Times Player of the Year and to the All-CIF Southern Section Division I first team as senior.

As a junior, Okongwu averaged 28 points, 12 rebounds and four blocks per game, earning CIF Division I John R. Wooden Player of the Year and the Los Angeles Times Player of the Year honors.  In the title win over Las Lomas, he scored 27 points, had 14 rebounds, five blocks and three assists.  He was also was part of the state title-winning Chino Hills team in 2016 as a freshman. That team went undefeated and finished the year as the number one team in the country. Chino Hills went 116-24 during Okongwu’s four seasons, winning three state titles.

Okongwu played college basketball at USC this past season. He entered his name in this year’s NBA Draft where he is expected to be a lottery pick.