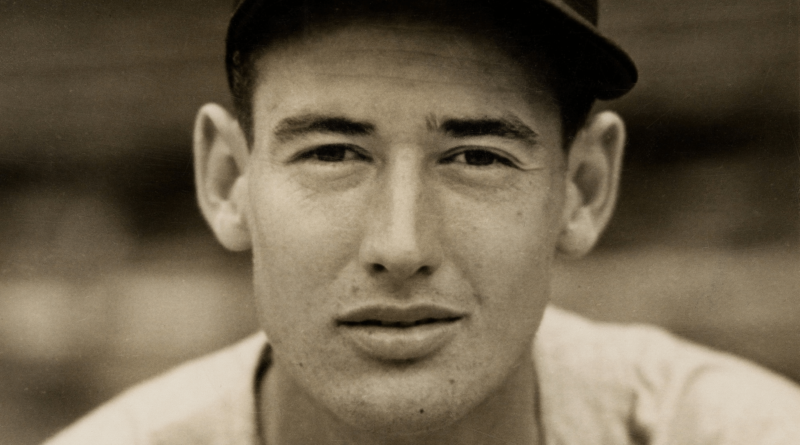 From Ted Williams to Stephen Strasburg, an incredible amount of baseball talent has come out of the San Diego Section. With that in mind, Scorebook Live California’s Bodie DeSilva put together his all-time San Diego Section 25-man baseball roster, along with a coaching staff and general manager.

Strasburg burst onto the scene after showcasing his 100-mile-per-hour fastball at San Diego State. The Nationals selected him with the first overall pick in the 2009 draft. Strasburg has completed 10 major league seasons, making three All-Star Games and was named the World Series MVP in 2019.

Hamels was the 17th overall pick by the Phillies out of Rancho Bernardo in 2002. He made his debut with the team in 2006 and is currently entering his 15th season in the major leagues. He’s made four All-Star Games and was named the 2008 World Series MVP.

The Toronto Blue Jays selected Wells in the second round of the 1982 draft and he made his debut for them five seasons later. Wells pitched 21 seasons in the major leagues, making three All-Star Games and winning the World Series in 1992 and 1998. During the 1998 season, Wells pitched the 15th perfect game in Major League Baseball history. Wells served as the head coach at Point Loma HS from 2015-2018.

Zito was the ninth overall pick in the 1999 draft out of USC and made his debut with the A’s the next season. Zito pitched 15 seasons in the major leagues, making three All-Star Games and won the American League Cy Young Award in 2002.

Following his graduation from Point Loma, Larsen signed with the St. Louis Brown for $850 in 1947. After two years in the Army, Larsen made his major league debut in 1953. Larsen pitched for 14 years, winning two World Series titles with the Yankees. Larsen threw a perfect game in the 1956 World Series and remains the only person to ever do so.

Leake was the eighth overall pick out of Arizona State in 2009 and made his major league debut with the Reds less than a year later. He’s entering his 11th season in the big leagues after winning a Gold Glove Award with the Mariners in 2019.

Prior was the second overall pick out of USC in the 2001 draft after winning the Golden Spikes Award as the top amateur baseball player in the country. He made his debut with the Cubs in 2002 and was third in National League Cy Young voting in his second season. Injuries hampered Prior throughout his career and forced him to retire in 2013 after several comeback attempts in the minor leagues. Prior currently serves as the pitching coach for the Los Angeles Dodgers.

After stops at three different colleges, Romo was a 28th round pick of the Giants in 2005. He made his debut during the 2008 season and has been one of better relievers in the league since. Romo made the All-Star Game during the 2013 season and won three World Series titles with the Giants. He’s currently in the Minnesota Twins bullpen.

Harang was drafted in the sixth round of the 1999 draft out of San Diego State. He made his debut with the A’s during the 2002 season and finished his career with the Phillies during the 2015 season after pitching for eight teams in 14 seasons.

Cahill was a second round pick out of Vista in 2006. He made his debut with the A’s in 2009 and made the All-Star Game in his second season. Cahill is signed with the Giants for the upcoming season, which will be his eighth team in 11 major league seasons.

Loaiza signed with the Pittsburgh Pirates in 1991 and made his major league debut in 1995. Loaiza played for eight teams during his 14-year career, making the American League All-Star Team in 2003 and 2004.

Boone was a sixth round pick of the Phillies in 1969 after playing collegiately at Stanford. He went on to play 19 major league seasons, winning seven Gold Glove awards and being named to four All-Star Teams. Boone also had stints as the manager for the Royals and Reds.

Gonzalez was the first overall pick in the 2000 draft out of Eastlake but was traded twice before he settled in with the Padres in 2006. Gonzalez retired after the 2018 season having played 15 seasons. He made five All-Star games and won four Gold Glove Awards, finishing with 2,050 career hits.

McLemore was a ninth round pick of the Angels out of Morse in 1982 and made his major league debut in 1986. He went on to play 19 seasons for seven different teams and retired with 1,602 career hits.

Trammell was a second round pick of the Detroit Tigers out of Kearny in 1976 and made his major league debut a year later. Trammell played 20 seasons in the big leagues, winning four Gold Gloves, three Silver Sluggers and being named to six All-Star Games. He was named MVP of the 1984 World Series after helping the Tigers take down the Padres. Trammell was inducted to the National Baseball Hall of Fame in 2018.

Nettles was a fourth round pick out of San Diego State in 1965. He played 22 major league seasons, making six All-Star games, winning two gold gloves and winning a World Series Ring with the New York Yankees in 1977 and 1978.

After graduating from Hoover, Williams signed with the San Diego Padres playing in the minor leagues. He joined with Boston Red Sox in 1939 and began what would be a 19-year major league career. Williams was selected to the All-Star Game 19 times, won six batting titles, completed the Triple Crown twice, was named league MVP twice and is the last player to hit over .400 for a season, all while serving three years of military service in the middle of his career. Williams was named to the National Baseball Hall of Fame in 1966.

Jones was a first-round selection out of Morse in 2003 by the Mariners. In 14 major league seasons, he’s been named to five All-Star Games and has won four Gold Gloves. Jones has signed to play in Japan with the Orix Buffaloes for the upcoming season.

Giles was a 17th round selection by the Cleveland Indians in 1989, reaching the major leagues in 1995. Giles completed 15 seasons, making two All-Star Games and finishing his career with the Padres in 2009.

Chavez was the tenth overall pick out of Mt. Carmel in 1996 and made his debut with the A’s two seasons later. He won six straight Gold Glove Awards for the A’s at third base and retired in 2014 with 260 career home runs.

Mitchell did not play baseball while in high school. He attended a local New York Mets tryout in 1980 and impressed the scouts with his hitting ability, and was awarded a $500 signing bonus. Mitchell began his ascent through the minor leagues, reaching the Mets in 1984. Mitchell played 13 seasons in the major leagues, winning the World Series in 1986 and was named the National League MVP in 1989 after hitting 47 home runs for the San Francisco Giants.

Clark was a two-sport standout in high school, twice winning CIF Player of the Year in basketball. The Tigers selected him second overall in the 1990 draft and he made his debut during the 1995 season. Clark went on to play 15 years in the major leagues, becoming known as one of the best pinch-hitters in baseball. Clark is currently the executive director of the MLB Players Association.

After junior college, Eliott signed with the Pirates in 1936 and made his debut with them in 1939. Elliott played 15 seasons in the major leagues, making seven All-Star Games and winning the National League MVP in 1947 with the Boston Braves.

Chambliss was the first overall pick in the 1970 January MLB Draft out of UCLA. He made his debut with the Cleveland Indians a year later, winning American League Rookie of the Year honors. Chambliss played 17 seasons in the major leagues, winning two World Series with the Yankees.

Glaus didn’t sign after being selected in the second round of the 1994 draft out of Carlsbad. Three years later he was the third overall pick out of UCLA. He made his debut with the Angels one year later and went on to play 13 seasons in the big leagues. Glaus made four All-Star Teams and was named the MVP of the 2002 World Series.

Roberts was a three-sport standout at Rancho Buena Vista before heading to UCLA. Roberts was a 28th round pick by the Tigers in 1994, reaching the major leagues in 1999. Roberts stolen base for the Red Sox in the 2004 ALCS will go down as one of the most memorable in baseball history. After a ten-year career, Roberts was hired onto the Padres coaching staff in 2011. The Dodgers hired Roberts as their manager in 2016, where he’s led the team to the playoffs in each season, reaching the World Series twice.

Beane was a first-round pick of the New York Mets out of Mt. Carmel in 1983, but struggled in parts of six seasons in the major leagues. He was hired as an advance scout for the Oakland A’s in 1990 before becoming the General Manager in 1997, a position he held for 18 seasons. He was promoted to Executive Vice President in 2015. Beane is the subject of the 2003 book Moneyball, and was played by Brad Pitt in the 2011 Moneyball movie.

Duncan signed with the Kansas City A’s as a 17-year old in 1963 and made his major league debut at age 19. Duncan played 11 seasons in the majors making one All-Star Game and winning a World Series in 1972. Duncan began coaching in 1979 and retired after the 2011 season, after 16 seasons as the St. Louis Cardinals pitching coach.

Geren was a first-round pick by the Padres out of Clairemont in 1979. He made his major league with the Yankees in 1988, playing parts of five seasons with the Yankees and Padres. Geren has coached in the major leagues since 2003 and served as the A’s manager from 2007-2011. He currently serves as the Dodgers bench coach.

Strom was a first-round pick by the Mets in the secondary phase of the 1970 draft. He made his debut in 1972 and played parts of five seasons, finishing with the Padres in 1977. Strom began his coaching career in 1992 and has been the Houston Astros pitching coach since the 2014 season.