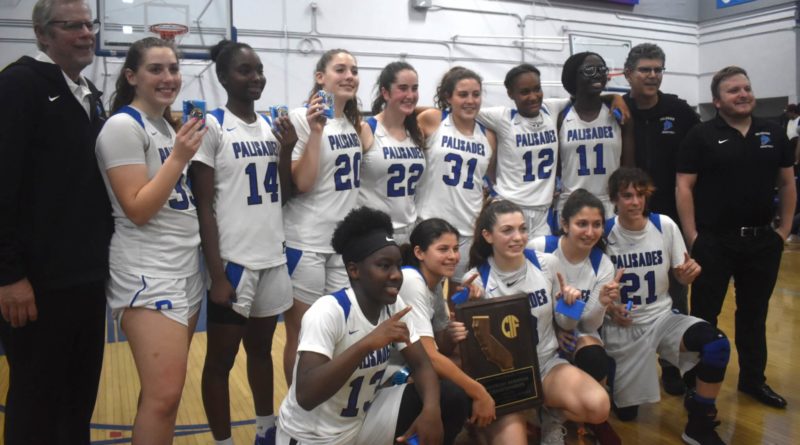 To honor some of the countless high school athletes whose winter and spring sports seasons were cut short by the coronavirus pandemic, particularly seniors, Scott Van Pelt and ESPN recently began a campaign to take nominations to make it onto SportsCenter under the hashtag “senior night”.

The 2019-2020 Palisades girls basketball team was exactly who SVP and ESPN were looking to honor. They won the L.A. City Section Open Division title and CIF Division II Southern Region title to advance to the CIF State Championship. But their run was cut short as the state championship games, set for March 13 and 14 in Sacramento, were canceled the day before because of COVID-19.

Michael Arnold, father of Palisades’ girls players Sammie, Taylor and Elise Arnold — and also Caden Arnold on the boys team — began tweeting under #SeniorNight to get on SVP’s radar.

As a result, Van Pelt honored the CIF Division II girls basketball state finalist Dolphins on national television for their outstanding run during the 2019-2020 season. And the Palisades boys team got shouted for winning their first L.A. City Section championship in 51 years and making the CIF Division IV state semifinals.