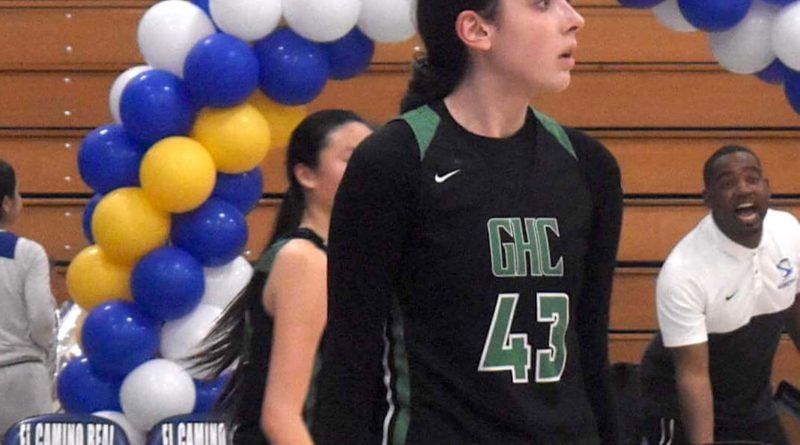 Southern California high school girls basketball is filled with outstanding shot blockers. We have identified 25 of the best.

Email lance@wpsblivest.wpengine.com to submit a photo or nominate a player who did not make the list.

Akunwafo’s 1.8 BPG were among the least for players who made the cut, but she does an excellent job altering shots and protecting the rim without always getting a piece of the ball.

Scorebook Live’s L.A. City Section Defensive Player of the Year is one of the best shot blockers, help-side shot contesters, and overall defensive paint anchors in SoCal. The Cal Baptist commit not only averaged 3.5 blocks per game and often dissuaded would-be shooters with her mere presence, but also did it all committing fewer than two fouls per game.

At 6-4 with sound athleticism, Brady averaged 2.1 BPG. That’s a strong number but it still undersells the extent to which the 5-star prospect protected the paint and impacted opponents’ game plans.

Carter averaged 2.5 BPG and protected the paint consistently with one of the toughest schedules in SoCal.

Cunningham turned away 3.3 blocks per game on the top-ranked team in the country as a freshman. Scouts and fans marvel over her offensive fluidity for her age, but her ability to make crisp help rotations and contest shots is also the real deal.

Davis-Mack averaged 2.8 BPG with one of the toughest schedules in the San Diego Section.

Dufresne averaged over three blocks per game for one of the best defensive teams in the CIFLACS, and got a good handful of blocks in against many of their top City Section and Southern Section foes.

Elliott is one of the better frontcourt prospects in SoCal, and that includes protecting the rim. She averaged nearly three blocks per game with the Belles spending much of their season going up against upper-division CIFSS playoff teams.

At 6-0 with great agility, Fonseca is able to spend a lot of time guarding on the perimeter and quickly rotating into help to protect the rim. She averaged 3.2 BPG for the 26-5 Knights primarily from the wing.

Gentry averaged 2.4 BPG, rarely got into foul trouble, and was the centerpiece of a strong and consistent Stallions defense.

At 6-1 with the athleticism of a guard, Giraudo split time guarding outside and inside and mustered 3.3 BPG.

Springs and heart give Green the ability to turn away shots at an amazing rate despite coming in at 5-8. She blocked 4.9 shots per game on a strong Morse team that played some solid competition.

Only about a month into her sophomore season, the 6-1 sophomore set a new San Diego Section record for 20 blocks in a game. She led the state with a staggering 8.4 BPG.

At 6-3 with great fluidity, the Boise State commit was the leading shot-blocker on Southern Section 2-AA champion Orangewood Academy.

One of the most versatile athletic specimens in high school hoops, Marshall essentially guarded 1-5 on a weekly basis. She turned away over 2.6 shots a game playing a nationally elite schedule and almost never got into foul trouble.

Okah might’ve been the most impactful defensive presence in Ventura County girls basketball in her first year of high school. She averaged a little over two blocks per game, but her ability to contest and alter shots goes much farther than just the shots she turns away.

Onyiah consistently turns away a couple shots a game, and she alters a ton more. At 6-3 with great length and athleticism, she can rotate into help and get a hand up in a hurry.

The 6-5 center averaged 2.3 blocks per game for the Southern Section Division 1 finalist. Troy played a large handful of the best teams on the West Coast and she routinely upped her shot-blocking game when it mattered most.

Schwan averaged 2.4 BPG and anchored a solid Tesoro defense. She often came up big in the blocks department in their toughest or most important games.

At upwards of six feet tall, Scoville has great size for a wing, and she uses it to close out on shooters and make quick weak-side rotations. She averaged 3.7 blocks per game facing some of the better teams in the CIFSS.

At upwards of 6-3 with great feel for the game, Emma Svoboda is quietly one of the most dominant bigs in the Southern Section. That includes defense, as she averaged four blocks per game for the 23-6 Blackhawks.

San Marcos played quite a few very strong programs 2019-2020, and Tookikian got her blocks in no matter who they faced. She averaged 3.1 BPG.

White is only 5-8 and spends a lot of time guarding the wing, but she managed to average a eye-popping 7.3 BPG.