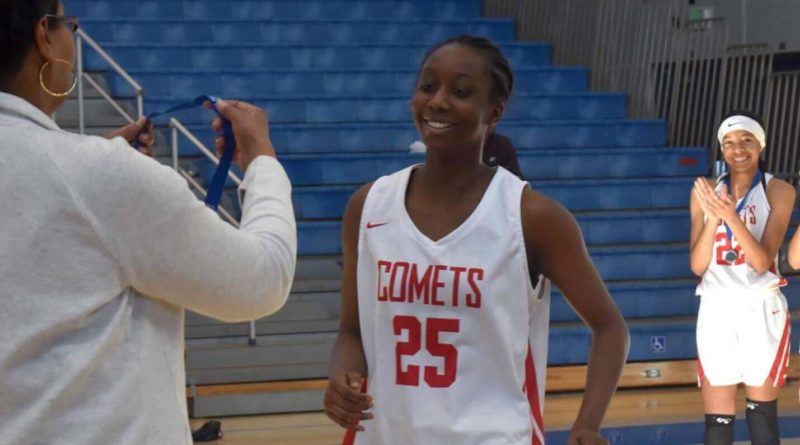 Email lance@wpsblivest.wpengine.com to submit a photo or nominate a player who isn’t on the list.

Cortez played less than half a season in 2019-2020, but she averaged 8.7 points, 7.8 rebounds, six assists, and 5.8 steals per game for the Division 3 champs. Expect her to status to rise if she continues to produce like that over a full season as Central City Value continues to ascend.

Spending time at both power forward and center for the Open Division runner-up, Townsend made an impact defending the paint. She was strong defending both in help and against other bigs in the post, rebounded at a high clip, and also finished consistently around the rim. She didn’t put up big numbers, but her all-around energy playing with both the first and second units was vital to Hamilton’s run.

Harris was named Second Team All-Western League and was arguably Fairfax’s best player as a sophomore. She high upside with a strong combination of length, athleticism, and ability to get hot from the field.

One of the most dangerous shooters in the class, Walk averaged 6.4 points, 2.9 rebounds, and 1.3 steals per game while converting threes at a high rate.

One of the top players in Division 4, Peterson Henry averaged over 11 points, four rebounds, four assists, two steals, and a block per game last season. Verdugo Hills will return much of their championship team with the potential to make some noise even with a stronger schedule, which would boost Peterson Henry’s stock significantly.

With the length of a post player and athleticism of a wing, Burnside helped clean the glass and defend multiple positions for the Division 1 champion.

Walk averaged 5.2 points, seven rebounds, and 1.2 blocks per game for the City’s fifth-place finisher. She scored very efficiently in 2019-2020 and will be one of the biggest breakout candidates in the section next season.

Quintana was one of the best players on Open Division selectee Taft, averaging 7.8 points, 4.4 rebounds, 4.7 assists, and 1.6 steals per game. She was one of only two underclasswomen to make either All-West Valley League team–the other is next.

Holley averaged 11 points, 4.8 rebounds, and a team-high 4.1 assists and 2.3 steals per game for the Patriots. She was already one of the top point guards in the section last season, but expect her to break out next season as one of the best players in the section outright.

As just a sophomore, Lagway was one of the top players on the best team in the City Section and CIF Division 2 Southern Region champion. She’s a dangerous shooter and versatile defender who also improved her ability to create and finish off the dribble throughout the season. Lagway will enter 2020-2021 as a clear-cut preseason MVP candidate on a team with multiple others.