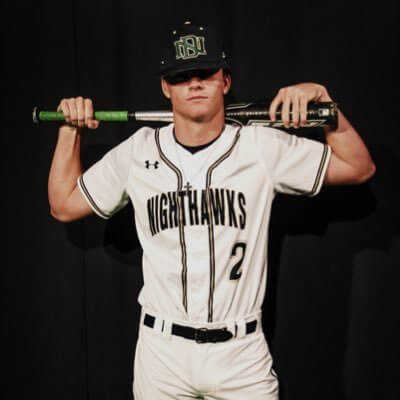 It has now been three weeks since the spread of the coronavirus shut down the sports world, including the stoppage of high school baseball in the San Diego Section. For unsigned seniors, not only does it mark the end of their high school careers, but it also ratchets up the pressure to find a spot at the collegiate level.

Del Norte senior infielder Garret Ostrander is one of several seniors in San Diego who was hoping to use his final season to show off his skills to college coaches and scouts.

“I have a bench in my house so I’ve been trying to work out as much as I can and a patch of grass in my backyard, so I’m just keeping up my fielding and swings,” Ostrander said.

The Nighthawks were one of the last few teams in San Diego to complete a game before the stoppage when they hosted La Costa Canyon on March 11 in the North County Classic.

“Something in the air just felt different that day,” Ostrander said. “Looking back at it, we wanted to make the most of a potential last game.”

The Nighthawks fell to the Mavericks 5-4, but not before a last inning comeback that saw Ostrander’s teammate, Tanner Lappin, who is also an unsigned senior, hit his fourth home run of the season in only the seventh game.

“I didn’t think we were gonna play for the next week because of rain, so we definitely went out knowing it was the last game we’d play for a week probably and then hearing that news on (March 13) was devastating,” Lappin said.

Much like Ostrander, Lappin has used the time away from the field and his team to stay in baseball shape.

“I think the good thing about it is that it helps mentally because you can picture yourself at the next level and see what you’re working towards,” Lappin said. “I’m fortunate enough to have a squat rack and weights in my garage so I’m able to keep up with the strength and conditioning program, going on runs around my neighborhood and getting in hacks in my backyard with the net.”

Mission Hills catcher Kaleb Hatch was off to a scorching start to his senior season, hitting .571 with five doubles and 16 RBI in the Grizzlies first eight games.

“Coming off the hot streak that I was on, hearing that the season most likely wouldn’t return kind of hit me hard due to the fact that I was playing well and it’s my last year to play with my boys at the high school and with that coaching staff,” Hatch said.

Like many others, Hatch continues to get in his work at home in preparation for the next time that he returns to the diamond.

“I go for runs, do a lot of workouts in my garage, and for hitting and defensive work I have a tee setup and bounce back nets and just do my own drills that I’ve learned from other coaches and players,” Hatch said.

As for the recruitment process, college coaches now must go about putting together their rosters without the ability to recruit on or off campus until June 1 at the earliest.

“I’ve had some schools offer and some other schools wanted to see me a little more, but recruiting has been very active recently,” Ostrander said. “I might have a decision here within the next week or few days.”

“I’m definitely okay with waiting until the summer because it leaves a lot of the doors open,” Lappin said of his recruitment. “Hopefully playing in the summer will give me more opportunities to talk to coaches and see how many schools I’m able to go to.”

“I’ve been receiving emails and texts from coaches that I’d already been in contact with,” Hatch said. “Recruiting for me since the break has been pretty much the same.”