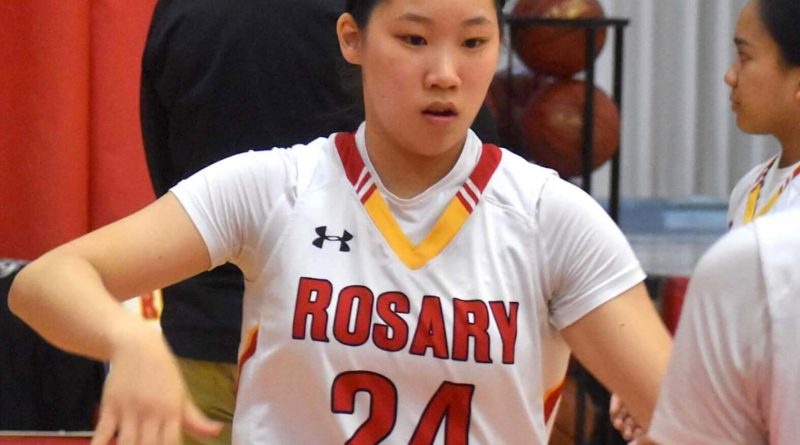 With the 2019-2020 high school girls basketball season over, we’re taking a look at the best players in Southern California, class by class. The Southern Section is deep with impact sophomores in girls basketball, and there were numerous double-digit scorers on strong teams who narrowly missed the cut.

The list is in alphabetical order by last name. All statistics and other information referenced are from the 2019-2020 season. The main criteria were statistics, team success, and strength of schedule.

Please email lance@wpsblivest.wpengine.com to submit a photo or nominate a player who isn’t on the list. Check at the end of the list for updates on players we missed in the initial post who belong in the top 50.

Au averaged 6.9 points, seven rebounds, 1.7 assists, and two steals per game for the CIF Division III SoCal finalist. Peninsula is one of two teams with three sophomores on this list.

One of the highest-upside sophomore prospects in SoCal, Carter averaged 10 points, 12 rebounds, and 2.5 blocks per game.

Cassell averaged 14.8 points, 1.6 assists, 3.5 rebounds, and 2.5 steals per game for Norco. She was able to produce even when Norco was overmatched against some of the best teams in the Inland Empire.

Crawford had arguably the best sophomore season in the section. She led 26-4 Millikan with 14.5 points, 12.2 rebounds, and 2.2 blocks per game on a team-high 52% shooting.

Despite the Royals’ struggles, Csiszar had a dominant year, averaging 16.3 points, 12 rebounds, 2.8 steals, and 1.9 blocks per game. She scored nearly half of the team’s points and stayed efficient despite fighting through constant double and triple-teams.

A 5-8 wing, Curry was one of a few Huskies who was able to successfully play up against bigger matchups. She averaged 4.7 points, 5.7 rebounds, and 1.7 steals per game guarding multiple positions.

Estabrook averaged 8.3 points, six rebounds, and 3.9 assists per game with a 2.11 assist-to-turnover ratio and made First Team All-Pioneer League.

Fuentes averaged a team-high 15.6 points and 7.2 rebounds per game for the Cougars, and also led the team in blocks.

Gallagher was second on the Yellowjackets with 11.8 points and 3.7 steals per game, led the team with 4.1 APG, and also grabbed 3.9 boards per game.

Graves averaged a double-double for the Highlanders with 11.4 points and a team-high 10.6 rebounds per game, plus 2.1 SPG.

Hall averaged 7.3 PPG and led the Division III state semifinalists with 9.9 rebounds and 1.6 blocks per game.

Hernandez averaged 14.8 points, 10.3 rebounds, 3.3 steals, and a block per game, and had some of her best performances in El Dorado’s biggest/toughest games.

Jaquez had the best stat line of any sophomore in the section for 25-4 Camarillo. She led the Scorpions with over 20 points, 13 rebounds, and three steals per game while also averaging 1.6 APG and leading the team in blocks.

After averaging 26 PPG as a freshman, the 5-star prospect had another dominant year.

Keshmeshian led Viewpoint with 17 points and four assists per game.

Law played a glue-girl role for one of SoCal’s top teams, averaging five points, three rebounds, an assist, and a steal per game in limited minutes.

An athletic six-footer who can rebound and guard multiple positions, Mackay was able to crack the Open Division champion’s rotation as a sophomore.

McKenzie averaged 10 PPG and led Oxnard with 5.8 rebounds and 4.2 steals per game.

Mitchell packed a wing scoring punch in rotation minutes for one of the top teams in SoCal.

Montrose was Mater Dei’s sixth woman for most of the season and often was among their leading scorers in under 20 minutes of action. She led them with 20 points off the bench in their championship victory over Windward.

One of multiple underclasswomen snipers on the Saxons, Tokeshi averaged nine PPG on 44% shooting from three.

Van Betuw averaged 8.4 points, 2.7 steals, and a team-high 9.8 rebounds per game for the Southwestern League champion.

Washington averaged 14 points and nearly three steals per game shooting 57% from two and 37% from three.

White was a dangerous shooter in limited minutes for the Open Division champ when her number was called.

Williams was only around for 10 games last season, but averaged 23.8 points and over 11 rebounds, three blocks, and three steals per game. If she’s able to play a full junior year, expect her to be one of the top players in the section.

Williams averaged 7.4 points, four rebounds, 2.2 assists, and 1.6 steals per game, and contributed to one of the best defenses in the country.

Yanagi had one of the top sophomore seasons in SoCal for 24-4 North. She averaged 14 points, five rebounds, two assists, and two steals per game shooting a massive 45% from three and carrying a lofty plus-minus of 13.

One of the top underclasswomen in Ventura County, Scott belonged in the initial post. She averaged 11.9 points, five rebounds, and 4.3 assists per game en-route to an 18-9 season.

Zhang has averaged six points, three boards, and two assists a game for Flintridge through her sophomore year. She was also named the Prep League Defensive Player of the Year last season.