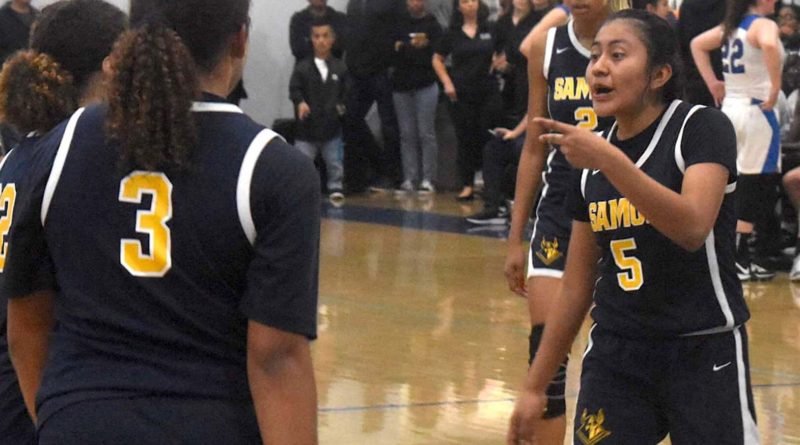 With the 2019-2020 high school girls basketball season over, we’re taking a look at the best players in Southern California, class by class. Here’s a look at the top freshmen in the Southern Section. All statistics and other information referenced are from the 2019-2020 season.

The list is in alphabetical order by last name. Please email lance@wpsblivest.wpengine.com to submit a photo or nominate a player who isn’t on the list. Check at the end of the article for additional top-50 freshmen who we missed in the initial post.

Part of a stacked Vikings underclassmen corps, Ballard averaged 9.4 points and a team-high 11.1 rebounds per game.

One of two Eagles on this list, Barefield averaged 14.2 points, 3.1 steals, and a team-high four assists per game.

Castaneda averaged 12.5 points, 2.5 assists, four rebounds, and 1.8 steals per game shooting a lofty 59% from the field.

Chuang averaged 9.2 points and 1.9 assists per game knocking down 38% of her threes.

Clay was one of the best players on 4-A finalist Paramount.

Elisaldez was one of SoCal’s better point guards as a freshman for the Open Division champion.

A polished shooting guard for a freshman, Garcia was one of the top scorers for CIF Division II state semifinalist SaMo.

Johnson rebounded at a high clip and protected the paint in limited minutes for the Division 1 semifinalist and CIF Division 1 regional semifinalist.

Jones anchored the paint for 24-6 Arroyo Valley with a team-high two BPG and 10.8 RPG.

One of the best freshmen in SoCal, Lee averaged 18.9 points and 3.3 steals per game for the 2-A semifinalist and CIF Division III regional finalist.

Lloyd averaged eight points and seven rebounds per game for the Division 1 quarterfinalist.

Long led Beaumont with 14.4 points and 2.8 assists per game on their way to a 9-1 finish in the Mountain Pass League.

Nelson averaged 10.2 points and 4.3 rebounds per game for the Division 1 quarterfinalist.

Minor was a strong passer, defender, and rebounder at either guard spot for the CIF Division II Southern Region finalists.

Perkins averaged 9.4 points, 4.3 rebounds, and team-highs four assists and 3.3 steals per game for the 3-A finalist.

Ruelas got minutes, touches, and buckets as a freshman in arguably the most stacked backcourt rotation in the country.

Rutledge led the Nighthawks with 11.6 points, three assists, and 3.7 steals per game to go with 4.7 RPG.

Sa’lah had one of the best freshman campaigns in SoCal for the Division 3A finalist. She led the Eagles with 15.1 points, 10.9 rebounds, and 1.1 blocks per game, plus two assists and 2.8 steals.

Summers was the second-leading scorer on one of the best teams in SoCal averaging 10.3 PPG.

One of the top prospects in all of high school basketball, Watkins averaged over 20 PPG for one of the best teams in the country.

These players weren’t in the initial post but deserved to be on the list and have been added.

Arroyo averaged over 12 PPG shooting a blistering 46% from downtown and scored well against many of Gahr’s toughest opponents.

Okah had one of the best freshman seasons in SoCal, averaging 14.6 points, 15.3 rebounds, and two blocks per game.

Speaks averaged five points and close to four rebounds per game spending time both starting and as a sixth woman for the Mustangs. Marlborough was a CIFSS 2-AA semifinalist and made the second round of the CIF Division 1 state playoffs.