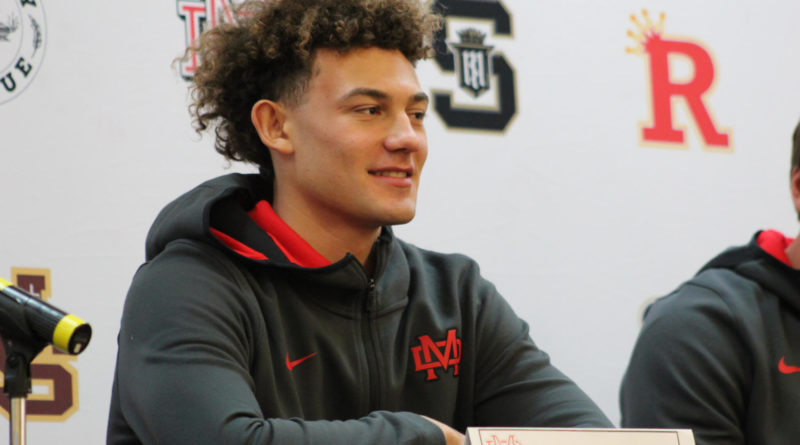 After putting out my list of the Top 15 individual performances I covered in L.A. City and Southern Section boys basketball this season, I received a ton of feedback from readers pointing out many more incredible performances.

So here’s some bonus coverage: In chronological order here are 25 more noteworthy individual performances in LA City and Southern Section boys basketball in 2019-2020.

Anderson scored 50 points in a Classic At Damien game against King/Drew that Leuzinger originally lost, but King/Drew later forfeited due to fielding an ineligble player.

Moore scored 30 points to lead Brentwood to a 60-57 upset win over Windward.

McCain hit nine three pointers and finished with 37 points in a Cenennial’s 95-44 win over Norco. That’s not bad for a freshman.

Whitney scored 42 points to give Alemany an 83-79 overtime win over Crespi.

Henry had 31 points through three quarters in this game, the same as Alemany. St. Francis went on to win 80-42.

Watson finished with 33 points on 10/16 shooting to go along with six blocks in Poly’s 68-48 win over Taft. He outscored Taft by himself through three quarters.

Bowden scored 50 points on senior night in a blowout win over Cantwell-Sacred Heart of Mary.

Perez scored 24 of his 29 points in the fourth quarter and overtime to lead Saugus to a 97-95 win over Hart.

Singleton scored 33 points to lead Hesperia to a 59-58 double overtime win over Santa Barbara in the Southern Section Division 2A playoffs.

Clark put in 48 points to lead Heritage Christian to an 87-80 win over Mission Viejo in the Southern Section Division 2A playoffs.

In the CIF Div 4A championship, Okoli scored 32 points on 11-for-21 shooting, including four 3-pointers, while adding eight rebounds, six steals, two assists and a block.

Cook hit a buzzer beating three at the end of the second overtime period to send Damien’s CIF state playoff game against Riverside Poly to a third OT after Thomas had a hit a buzzer beater to send the game to its first overtime. Eventually Damien went on to win 128-123. Cook finished with 35 points and Thomas had 41, despite fouling out early on in overtime.