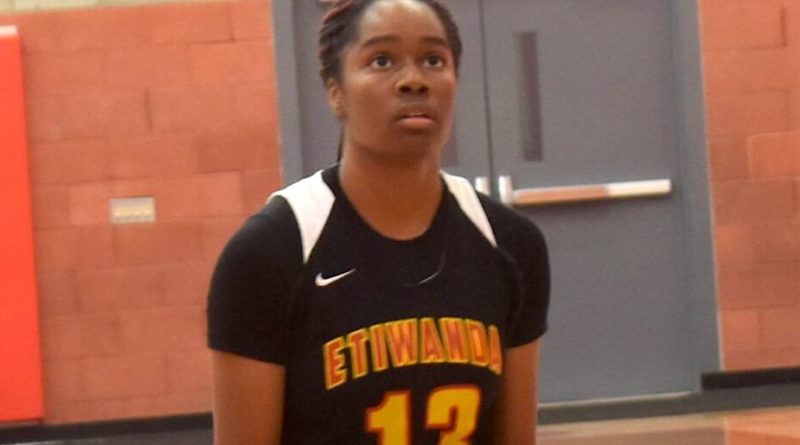 Here are Scorebook Live’s All-Inland Empire high school girls basketball teams for the 2019-2020 season. Players from Southern Section teams in Riverside County and San Bernardino County were eligible. The primary criteria for the awards were team success, statistics, strength of schedule, and intangibles.

ALL-INLAND EMPIRE CO-PLAYERS OF THE YEAR

One of the best combo guards in SoCal, Campbell seemed to thrive under pressure and helped Etiwanda finish the season as a top-five team in SoCal and the undisputed best in the IE. The Eagles were at her best when she was going for 20 points, but she had the passing chops of a point guard and always kept the ball moving when she wasn’t attacking.

Centennial took a massive leap into elite status this past season, and Curry averaged 22.4 points, 5.2 rebounds, 2.9 assists, and 2.1 steals per game. Despite showing up atop every opponent’s scouting report, Curry was ready to take on a massive load with one of the toughest schedules in the country.

Mead averaged around 15 points and four assists per game on the season, but even those strong numbers don’t show her offensive impact justice. She was one of the best playmakers and pure competitors in the Southern Section.

Smith was also around the top for both scoring and assists for King, giving them one of the best guard tandems in SoCal.

One of the top prospects in the C/O 2023, Briggs had one of the most jam-packed freshman stat lines in SoCal high school basketball history for 32-4 Ontario Christian: 33.8 points, 12.6 rebounds, 6.4 assists, 4.9 steals, and 1.7 blocks per game. Those were all team-highs, as was her 51% adjusted field goal percentage.

Yet another double-digit scorer and two-way standout on the perimeter for King, Moran spent time defending two through four and led the Wolves in rebounding.

One of the best under-the-radar post frontcourt players in the section, Nwanevu averaged 15.8 points and 14.9 rebounds per game.

One of the most versatile bigs in the IE, Orji picks her spots to score efficiently and is disruptive defensively both in space and inside.

Green only averaged a little over seven points per game, but she’s widely known as one of the best two-way players in the area. She shot an excellent 53% from the field and 57% AFG.

Summer was Cen10’s second-leading scorer with just over 10 PPG.

Kingsley led Murrieta Mesa to an undefeated finish in the Southwestern League with a team-high 12.3 points, 4.8 assists, and 3.3 steals per game in addition to 6.6 RPG and one BPG.

Mitchell was one of Etiwanda’s leading scorers and a long, agile defender on the other end.

Moran was yet another double-digit scorer for King and a strong rebounder and defender. She and her sister Olivia will both play at NAU next year.

With a great combination of size and skill, Peterson provided a physical presence inside in all facets of the game for Etiwanda while also draining jumpers.