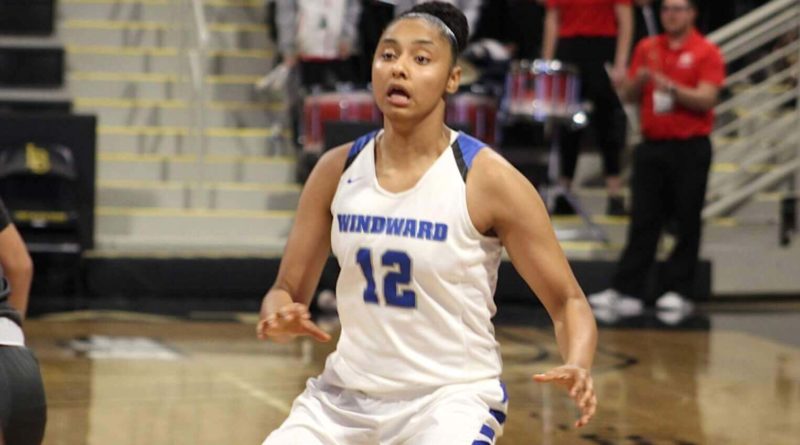 Here are Scorebook Live’s All-Los Angeles County high school girls basketball teams for the 2019-2020 season. The primary criteria for the awards were team success, statistics, strength of schedule and intangibles.
All mentions of teams’ divisions are in reference to the Southern Section and the CIF state playoffs unless specified otherwise.

LA COUNTY PLAYER OF THE YEAR

After losing in the Southern Section Division 1 quarterfinals last season, the Wolverines won every playoff game en-route to a Division 1 title by double-digits this season.

The 5-star Duke commit had another All-American-caliber campaign for Sierra Canyon and was the first runner-up for our Player of the Year award.

The Princeton commit averaged 18.9 points, 7.3 rebounds, and four assists per game on a ridiculous 57% from the field.

Buggs led Poly with 11.5 points and 8.6 rebounds per game on a team-high 48% shooting from the field, and was named Moore League Player of the Year. She also averaged 2.9 steals per game and was one of the best defenders in the section.

The 4-star Gonzaga commit had a dominant year playing more point guard than ever while still spending time at essentially every other position.

A UCSD commit and Marlborough’s all-time leading scorer, Montgomery took the Mustangs to their highest peak in recent history for the second season in a row.

Watkins averaged over 20 PPG for Windward, who emerged as the lone top team in L.A. County by the end of the postseason. She was in the running for MVP as just a freshman.

The reigning Southern Section Division 1 Player of the Year and Washington commit had another dominant season for the 23-8 Eagles. She averaged 20 points, 11.4 rebounds, 4.3 assists, and 1.3 blocks per game.

One of the top prospects in the Class of 2021, Akunwafo averaged 20.1 points, 12.7 rebounds, 1.3 steals, and 1.8 blocks per game. She shot 56% from the field and had a lot of her best games against RHP’s most formidable opponents.

Chevalier dealt with injuries for a lot of her senior season but still played at an elite level. As a result, she even spent some of 2019-2020 coming off the bench, playing starter’s minutes, and closing games–a 5-star sixth woman is not something practically any other teams can say they’ve had for even part of a season.

Yanagi averaged 14 points, five rebounds, two assists, and two steals per game on an otherworldly 45% from downtown. When she didn’t have the ball, she was still contributing to one of the best-spaced floors in SoCal.

One of the driving forces behind Saugus’ remarkable season, McMahan averaged 18 points, six rebounds, two assists, and two steals per game. She was named to Division 2-AA’s all-section team.

Mark averaged double-figures shooting efficiently from the field, and close to double-digit rebounds as well. She was also one of the most versatile, disruptive defenders in SoCal.

One of the more underrated players in the section, Duchemin consistently scored at an efficient rate from mid-range and in the paint, and was also among Windward’s top rebounders.

Lewis was second on Poly with 10 points and eight rebounds per game while anchoring one of the best defenses in the country.