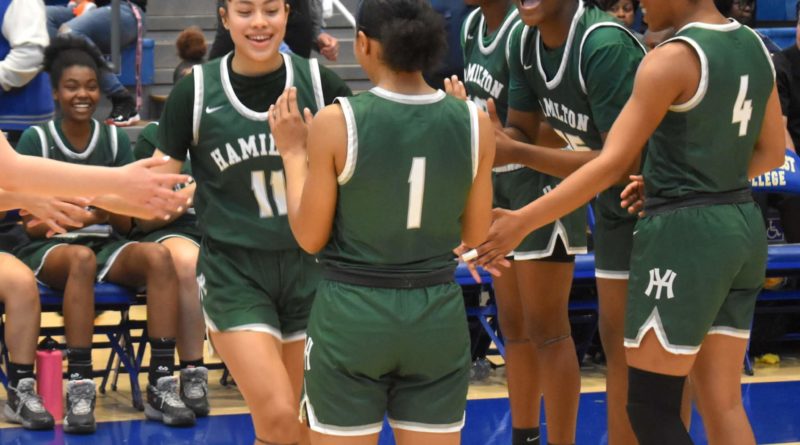 With the 2019-2020 high school basketball season in Southern California coming to a close, Scorebook Live is taking a look at the top girls players from each class.

Below is a list of the top juniors (class of 2021) in the L.A. City Section. The list is in alphabetical order of the schools.

Hashemi averaged a team-high 12 PPG playing one through three for Birmingham. She was named Second Team All-West Valley League.

Salazar averaged over 10 PPG for Birmingham.

Washington averaged 7.3 PPG in addition to leading the Patriots in rebounds and blocks. She was named First Team All-West Valley League.

Ramos averaged 8.6 points and 4.8 rebounds on 51% shooting from the field.

Alvarado averaged a double-double and multiple blocks a game as an undersized big for the Division 3 champion, and also led the team in field goal percentage. Three of her teammates, Kimberly Ruano, Bryana Martinez, and Jennyfer Pena were also in strong consideration.

Hall was a strong interior defender and led ECR in rebounds.

Averaging over 15 points and 15 rebounds per game for the Pathfinders, Richie was one of the top players in all the lower Divisions (Division 4).

Blevins was second in scoring on Open Division runner-up Hamilton and made First Team All-Western League.

One of the top players in Division 2, Avila averaged over 18 PPG for the Monarchs.

Pollard was arguably the best player in Division 2 and top producer across the board for the division champion Unicorns. She was named First Team All-Western League.

Sherman led Narbonne with 4.8 APG and 4.1 SPG per game last season in addition to 8.3 PPG.

Nwosu was the MVP runner-up in the Marine League.

Morris was the starting power forward and a strong defender for the City Section champion.