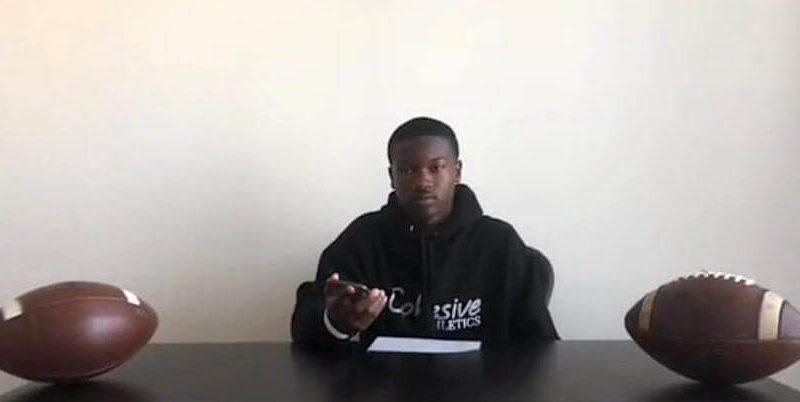 “I wanted to start a show and talk to quarterbacks about what they love about the game and everything about our perspective on things,” Coleman said. “I felt like that would be a really cool idea.”

Coleman started this series for two reasons. The first was to help promote himself as well as his fellow SoCal QBs.

“Being a high school football player and not being a big recruit, it’s kind of hard to get your name out,” Coleman said.

In an era where college coaches are bombarded with film through social media, this is Coleman’s way to stand out, to get on a coaches radars.

“Last week two college coaches followed me on my Twitter, which I thought was pretty cool,” Coleman said. “They’re watching my show and I’m a sophomore, maybe when I’m a junior or senior they’d be interested in me playing football for their school.”

Coleman’s second reason for starting Q2Q is to help prepare him for a potential career in sports broadcasting.

“One of my dreams and one of my goals is to be a broadcaster,” Coleman said. “When I go into college, I would like to go into journalism. I watch a lot of ESPN, a lot of Stephen A. Smith, every day First Take is on my television. I’ve studied that and I fell in love with it.”

In addition to coaches checking him out on social media, Coleman has benefited from his show by consistently communicating with quarterbacks he admires.

“I’m getting to know a lot of these dudes on a personal level,” he said. “For example, I’m talking to Jalon Daniels (a Kansas signee) every day, he’s someone that I look up to being in the class of 2020.”

In the future, the Dorsey signal caller hopes to speak with quarterbacks from all around the country.

“Everybody has a different story, a different background so it’s cool to listen to how they came up and how what they’re doing to get to where they want to be,” Coleman said.

High school athletes: How are you making the most out of your downtime due to the coronavirus? Scorebook Live California reporter Connor Morrissette wants to tell your story. Email him at Connor@ScorebookLive.com or hit him up on Twitter @C_Morrissette.