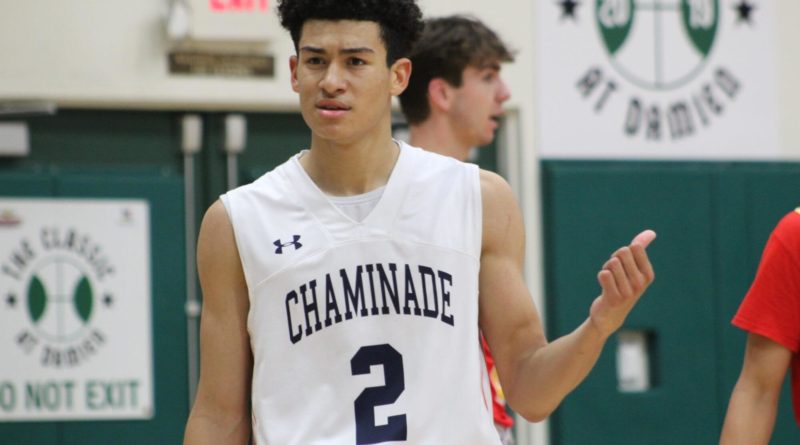 With the 2019-2020 high school basketball season in Southern California coming to a close, Scorebook Live is taking a look at the top boys basketball players from each class.

Below is a list of the top 10 juniors in the Southern Section who had breakout seasons. We define a breakout season as a year where a player took a clear step forward from where they were a season ago. St. Bernard junior Reese Dixon committed to USC earlier this week and he does not appear on this list. He had a breakout sophomore season at Dorsey. This list is reserved for players who took that step forward in 2019-2020.

Little was a first team All-Big 8 League selection this past season. He was a consistent double-digit scorer all year long.

Marsh was a first team All-Del Rey League honoree. He led St. Anthony to their biggest regular season win of the year, a 58-57 victory over Harvard-Westlake. Marsh scored 21 points to lead all scorers in the win. He’ll have St. Anthony competing for an Open Division spot in the Southern Section once again next season.

Mashack is the best defender of this group. He consistently manned up against the opposition’s top scorer and was effective. He’s also a terrific rebounder.

McDowell took a clear step forward this season, and Montana State took notice. He received an offer from the school in late January. Standing at 6-foot-6, McDowell is a talented interior scorer who also plays good defense. He had a breakout game against Fairfax where he scored 24 points and grabbed 13 rebounds.

Naess averaged 19.3 points per game this season and was named MVP of the Wave League.

Powell was named the Southern Section Division 2A player of the season. He has great athleticism. The Ribet standout does a lot of his damage on offense around the rim because he’s great at getting to the basket. He is also a solid shooter.

Simpson and Malik Thomas are the top scorers on this list. Simpson put in a career high 41 points in a Mission League Tournament win over St. Francis. He’ll be one of the toughest players to defend in Southern California next season.

Thomas broke the all-time Damien scoring record for a single season this past year. He scored 888 points. Thomas put in 36 points in a game against Windward at the Classic At Damien.

Watson is the number one player in his class in the state. He went from waiting behind Justin Rene and Giordan Williams a year ago to being the man for Long Beach Poly this year. Watson was named Player of the Year in the Moore League this season.

Yu improved a lot as a junior. Look for him to continue to grow as a senior. Standing at 7-foot-3, protecting the rim was always going to be Yu’s main responsibility for Sierra Canyon, but this year he took steps forward on the offensive end too. In a league win over Windward, Yu was the x-factor for the Trailblazers putting in 17 points.