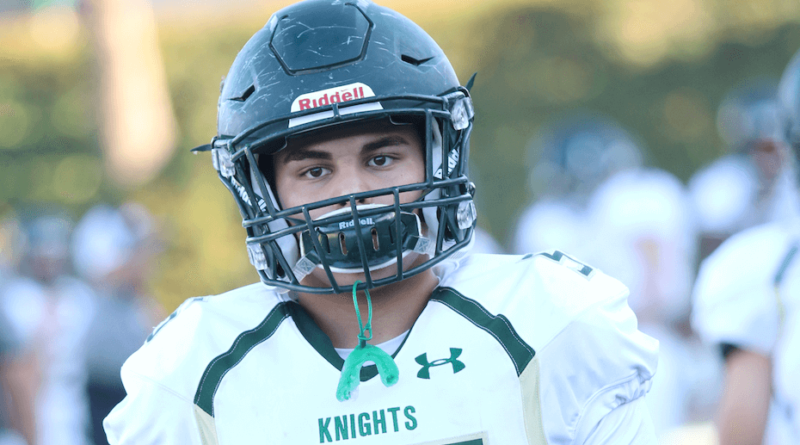 “I cut it like that about a month ago, because I was so fired up,” Zaragoza said.

The former Ontario Christian center spent this past season playing for San Bernardino Valley Community College. He committed to Oklahoma State in February and will be a long snapper next year for the Cowboys.

It’s an incredible accomplishment for an athlete that was never supposed to play sports, or even ride a bike.

At age three, Zaragoza was diagnosed with Opsoclonus-Myoclonus Syndrome, a rare disorder that affects just one in 10 million people annually and has no cure.

“I wasn’t able to function as a normal three year old kid would,” Zaragoza said.

Opsoclonus-Myoclonus Syndrome, or OMS for short, is an autoimmune neurological disorder that usually occurs in association with tumors. At three years old, Zaragoza had a tumor that his body was trying to fight off but because the tumor had the same properties as his brainstem, his body was damaging his brainstem as well.

Zaragoza experienced dizziness, falling, rage attacks and struggled to walk. Eventually, a team of 25 neurologists diagnosed him with OMS.

Zaragoza’s parents, Eddy and Chanin, opted to aggressively treat the disorder in an effort to give their son the best chance possible to eventually live a normal life. Zaragoza was administered steroid shots in his thigh two times per day for two years. He also underwent chemotherapy, physical therapy and occupational therapy and took a few other medications to get the disorder under control.

“I’m glad that my parents wanted to treat it very aggressively because I might not be where I am now if we didn’t get aggressive doing that,” Zaragoza said.

By age seven, Zaragoza was in remission following spells in a wheelchair and then a walker. At age 10, he began playing football. When he asked his neurologist to clear him for football, the doctor was shocked.

Zaragoza went on to play three years of varsity football at Ontario Christian as a center and long snapper.

“Zeke was incredibly resilient and a hard working kid who defied the odds,” Ontario Christian coach Matt Hoekstra said of his former player.

“My family and I, we’re big believers in this being a miracle,” Zaragoza said.