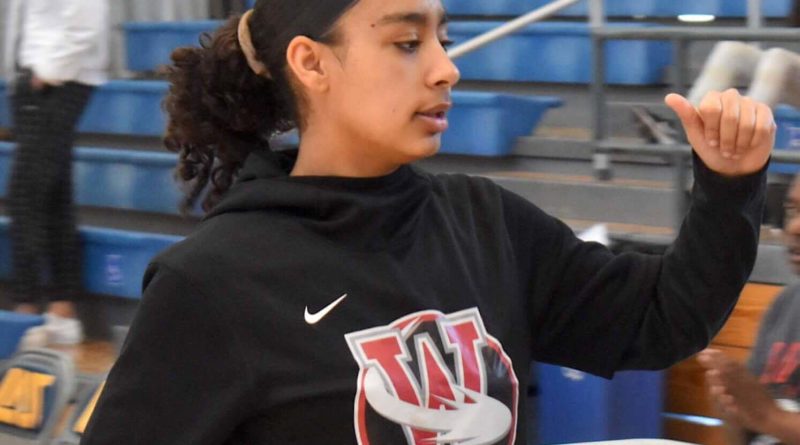 L.A. City Section girls basketball featured a number of standout freshmen during the 2019-2020 season. The following five class of 2023 players stood above the rest and were important pieces on championship-caliber teams.

Arnold was a key piece in the deepest frontcourt rotation in the section for the Open Division champion, including in their long, dominant postseason run through winning a CIF Division II regional title. She averaged four points and five rebounds a game off the bench and also was a valuable interior defender.

Palisades had to go through some of the better frontcourts in SoCal and were able to regularly depend upon Arnold to finish open looks and protect the paint. It was a tall order for a freshman going up against some of the size the Dolphins had to deal with, but they never struggled to clean up inside. With a great combination of size, agility, and feel for the game for a freshman post player, Arnold has high upside.

As a freshman, Salazar was the second-leading scorer and rebounder for the Open Division selectee with 8.4 points and five rebounds per game, in addition to one assist and 1.2 steals a night.

Her best performances included: 19 points in a near upset of Aliso Niguel; 15 PPG, 4.5 RPG, and two APG across two victories over Garfield; a season-high 23 points plus six rebounds in a win over Bell; 14 points, nine rebounds, three steals, and two blocks in a league-clinching win over rival South Gate; and 13 points and nine rebounds in the playoffs against El Camino Real.

In just her freshman year, Salazar was arguably the best player on Division 2 finalist Marshall and at minimum a top-five player in Division 2. She averaged 11.5 points, 3.4 rebounds, and a team-high 2.8 assists and 3.9 steals per game for the Barristers.

She also had one of her best games in the CIFLACS finals. Marshall was down close to 20 points against LACES and she led a charged comeback to nearly win in the final minute, finishing with 18 points and playing disruptive defense that turned the game on its head.

A double-digit scorer and one of the best perimeter defenders in the LACS, Waugh was already a top-20 player in the section with room to spare as a freshman. Westchester went all the way in the Division 1 playoffs, and played two state playoff games with Waugh as their second-best player and second-leading scorer, and there’s nowhere else but up for her to go from here.

If she keeps improving at a fast pace, Waugh could plausibly contend for status as the best player in the city before even reaching her senior year. And with Westchester returning most of their squad outside of star C Ariana Grimes, with some of their team coming back for multiple more years, she could lead the charge on a Comets team that could really make some noise.