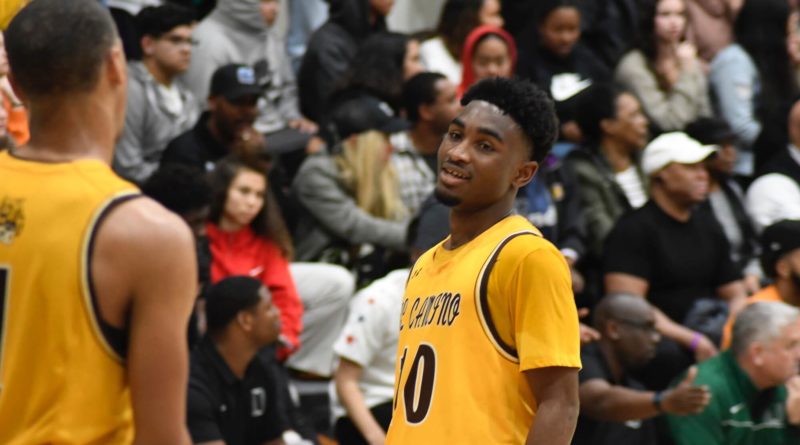 These four San Diego Section boys basketball teams are poised to have breakout seasons in 2020-2021:

It was a successful season for Bonita Vista, reaching the 20-win mark for the first time since the 2015-16 campaign. A surprising loss in the first round as the one-seed of the division two playoffs kept the Barons from reaching their ultimate goal. Bonita Vista will return their top seven scorers from this past season’s team including the guard trio of DJ Sanders, Momo Stokes, and DM Sanders that combined for 50 points per game. A year of experience and the bad taste of an early playoff exit should give the Barons what they need to make a deep playoff run a year from now.

El Camino had a resurgent season under the watch of longtime coach Ray Johnson, who returned to the school after five seasons at the collegiate level. The Wildcats won 25 games and went undefeated in league, but a substantial loss to Carlsbad in the division one semifinals left the wildcats without anything to show for it. With guards Tyson Robinson, Keavie Love, and Henry Hartwell all returning next season, El Camino should be in position to grab an open division playoff spot.

The Crusaders made the open division playoffs this season as the seven-seed but fell in the first round to St. Augustine. They return five of their top six leading scorers next season led by All-CIF guard Melo Sanchez 20 points, eight rebounds, and four assists this past season. Mater Dei Catholic looks to be a top four team in San Diego come next season.

The Knights showed flashes throughout the season of a team capable of winning the division one championship, but several let downs kept them from moving higher than the fourth seed. The Knights final two losses of the season came against Santa Fe Christian and Burbank Providence by a combined five points. San Marcos loses two of their top shooters in seniors Kasey Clouet and Dylan Sandles but return sophomore All-CIF guard Devon Arlington and several other talented sophomores and juniors that should help the Knights take the next step.