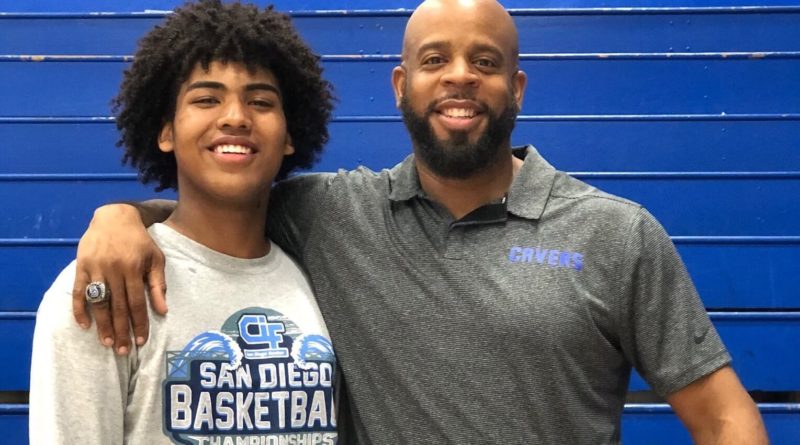 Which San Diego Section high school boys basketball teams overachieved in 2019-20 or improved dramatically from a year ago? Scorebook Live California’s Bodie DeSilva breaks down the top 10 coaching jobs in the San Diego Section this season.

After dealing with five straight losses in the middle of January and a devastating injury to senior guard Steve Stinson, Fontenot helped the Cavers turn things around by winning nine games in a row. The Cavers won their third consecutive CIF Championship, moving up one division each of those seasons.

The Lancers began the season ranked No. 18 in my preseason rankings, but quickly moved up. Tomey guided the Lancers to a co-league title in the Coastal League and into the Open Division playoffs for the first time in school history.

After losing seven of their top eight players from the 2019 Open Division championship team, Olive led the Falcons to an undefeated league title and a second straight appearance in the Open Division title game.

The Dons entered the season atop many rankings after capturing the Division 1 championship in 2019 and held strong throughout. Cunningham led the Dons an outright Western League title and back into the Open Division playoffs after three seasons, where they won their first Open Division championship in boys basketball.

Santa Fe Christian dealt with several key injuries throughout the season, but Bickley helped the Eagles overcome that and finish third in a competitive Coastal League. The Eagles got healthier around playoff time and were able to put together a run to nab their third Division 1 championship in four seasons.

After a chaotic offseason for the Patriots, Brown became the third head coach in less than a year. Christian opened the season No. 19 in my rankings, but Brown led the Patriots to 21 wins and a berth in the Open Division playoffs with a huge upset against top-ranked Cathedral Catholic along the way.

Tucker beefed up the Cougars schedule this season and took some early losses against top teams from Southern California. San Ysidro began to gel as the season went along, culminating in a 16-game winning streak that saw the Cougars run through league play undefeated and take the Division 3 championship as the top-seed.

Smith was coming off of a one-win season in 2018-19 and had only won five total games in his first two seasons at the helm. Smith got the Warriors to 18-9 this season and the top seed in the Division 5 playoffs, before falling in the semifinals to eventual champion Classical Academy.

After winning eight games in the 2018-19 season, Hofmeister returned with much of the same roster this season and was able to guide a significant improvement leading the Grizzlies to a 17-13 record and a spot in the Division 1 quarterfinals.

After winning a combined 26 games over the past two seasons, Estrada led the Bulldogs to a 27-4 record this season and an outright Imperial Valley League title. The Bulldogs then made their way through the Division 4 bracket to win their first CIF Championship

One thought on “Who did the best coaching job in San Diego Section high school boys basketball in 2019-20? Here are 10 names to consider”