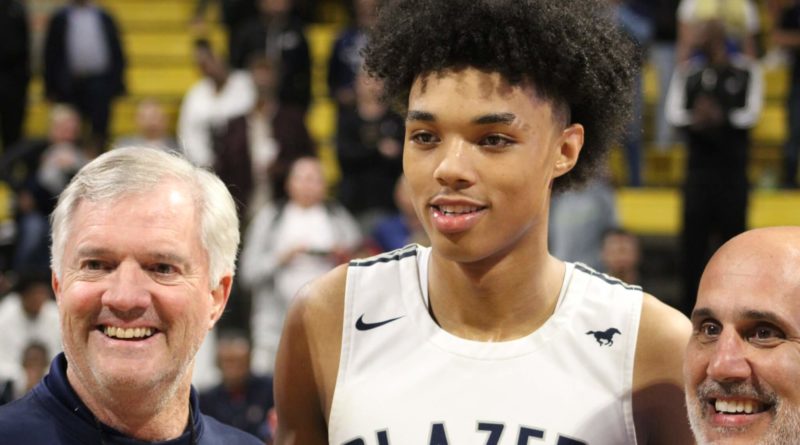 BJ Boston only played one season at Sierra Canyon, but the 2020 Kentucky signee made the most of it.

“BJ has an uncanny ability to score the ball from anywhere,” Sierra Canyon head coach Andre Chevalier said. “It’s been great to have a 6-foot-7 shooting guard that can get his shot off at any time.”

The biggest shot of Boston’s Sierra Canyon tenure came in the CIF State regional championship game when he tied the score at 61 with under a minute to play against Etiwanda on a long straightaway three. That shot set up teammate Ziaire Williams’ game-winner minutes later. Boston led all scorers with 26 points in that game.

The senior scored 31 points in a 57-53 semifinal win over Etiwanda in the Classic At Damien in December. He put in a game-high 30 points in Sierra Canyon’s 78-62 win over Rancho Christian in January. In the biggest moments, Boston consistently came through.

“The thing that I was surprised about this year was his ability to hit the offensive rebounds and when his jump shot wasn’t falling, always finding a way to contribute on the offensive end,” Chevalier said.

Boston has NBA potential and he put that on full display in his senior season. His innate ability to score set him apart from other Player of the Year candidates.