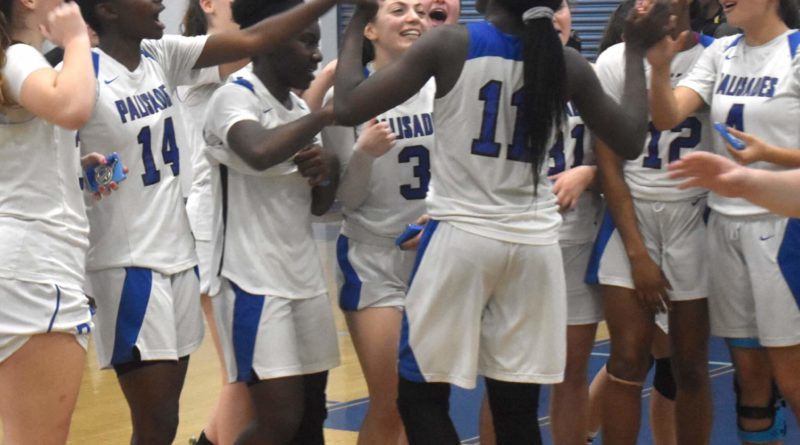 PACIFIC PALISADES– Palisades defeated Santa Monica 51-36 on Tuesday to win the CIF Division II Southern Region. The game was close going into the final stretch before Palisades suppressed SaMo in the final handful of minutes and scored 18 points in the fourth quarter. Here are three takeaways from their state semifinal victory.

SANTA MONICA SLOWING THE GAME DOWN

In City Section play, Palisades was comfortable in both half-court and transition tempos, and there wasn’t much room for opponents to try to get them out of rhythm. When they faced Santa Monica in January, they won 59-56 without star C/F Jane Nwaba by speeding them up, since SaMo has immense frontcourt size. With Nwaba back for this one, Pali was better equipped to play a half-court-oriented game, but the Vikings still made a very concerted effort to keep Pali from scoring in transition.

PALISADES EFFECTIVE AS ALWAYS IN HALF-COURT

The result? Pali executed just fine in their sets. SaMo couldn’t suppress their back-court, and the Dolphins still got good looks despite the Vikings’ size smothering Nwaba. Sammie Arnold and Demoni Lagway both had 12 points, and Alexis Pettis had eight points with a number of assists. PF/C Ivy Scott was in double-figures as well by positioning herself well around the rim and efficiently finishing looks created by her guards.

Other than some of the stronger teams in the Southern and San Diego Sections, nobody has been able to effectively pick their poison against Palisades. If that continues for one more game, they’ll be state the champion.

With Nwaba back to guard inside and SaMo opting for a much slower pace, they only scored a little over half of their 56 points from six weeks ago. A few times their offense seemed dead in the water until freshman SG Karen Garcia would create and finish a difficult look around the rim to keep them going. She led the Vikings with 12 points.

Santa Monica is likely to go through a brief rebuilding period with Chantal Moawad, Iternite Reed, Allison Lee, and multiple other seniors graduating. But with Garcia around for three more years, the future is bright. Expect her to become one of the Southern Section’s top shooting guards by the time her high school ball days come to an end.