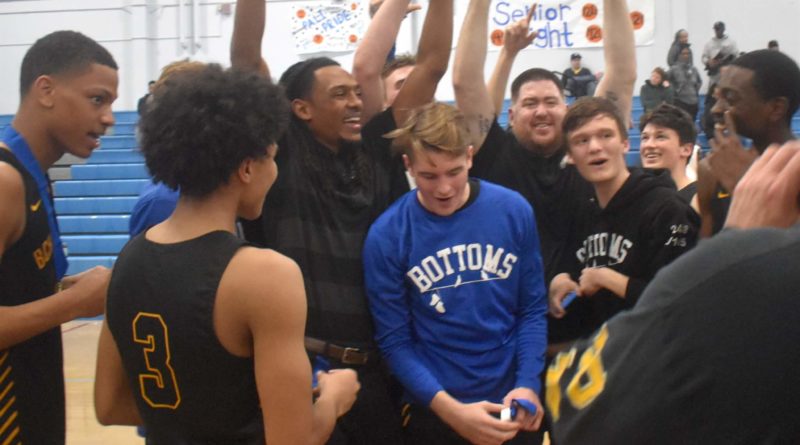 PACIFIC PALISADES– Bakersfield Christian will be in Sacramento this weekend playing for a Division IV state championship thanks to their 57-43 victory at Palisades on Tuesday. They showed poise in holding off a number of Pali runs in a close game to seal the double-digit victory with a couple minutes to spare.

Levi Latu led BCHS with 16 points. Graham Alphson led Palisades with 14 points and Sheldon Zanders had 10. Here are five observations from the game.

LESS THAN IDEAL MATCHUP FOR PALISADES

On paper, this was a good matchup for Bakersfield Christian if they took care of business, and they did. The reason is that these are somewhat similar teams with some similar strengths and weaknesses, but BCHS has a small edge in what those strengths are.

Both teams depend on a balanced scoring load from player to player and between their frontcourt and backcourt. While neither is afraid to get out in transition, they are a little more comfortable spending most of their time in half-court settings. Both squads depend on their size, length, and defensive execution to control the pace and try to win on the glass.

So, it’s a bad matchup for Pali assuming the Eagles execute on both ends and hit shots, which they did. That’s because the Eagles are a little bigger, at least as physical if not a bit more so, and also play with a ton of heart. It’s not easy to out-rebound the Dolphins on both ends, but they did.

BCHS C Ben Yurosek–a Stanford-commit at tight end–was easily the biggest player on the court standing upwards of 6-5 with long arms and great strength. He gave the Dolphins issues in the post and on the glass, and made the right passes when the defense collapsed on him. Lendl Henderson Jr. is also a long, athletic 6-5, and has guard skills. Between the two of them and the general athleticism and physicality/toughness around the rest of the squad, with G Levi Latu rolling on both ends, a lot of Pali’s characteristic strengths were nullified because BCHS capitalized on every advantage.

Pali could’ve given themselves a chance to make a push in the final minute or two if they had a good shooting night. Neither team shot well from the perimeter in the first half, and BCHS got it going a little more from deep than Palisades in the second half. BCHS brought their A-game, and while Palisades competed as hard as possible, they just didn’t play quite as well across the board.

An alley-oop from Sheldon Zanders to Graham Alphson when BCHS was starting to pull away in the third quarter sparked a 10-2 run. The run nearly caught Pali all the way up and helped keep them in the game before the Eagles started pulling away again.

Part of what’s impressive about the play is that it was the right play to make in a tense situation in a close playoff game. It’s not like Pali was on some ridiculous run, or in garbage time. It’s also not the case that there was no defense and the conversion was uncontested. Sanders and Alphson made a spectacular play–the right play–to get a high-percentage look and burst of home crowd energy in a desperate situation.

BCHS FORMIDABLE, YUROSEK ONE GAME AWAY FROM SECOND STATE TITLE IN ONE YEAR

The way Bakersfield Christian has played all season and postseason, it’s going to take a heck of an effort to slow them down. National rankings give them an edge this weekend against Brookside Christian, who is also scary right now to be sure. Against Palisades, they executed, hit shots, and just played with a ton of heart. While they don’t have any seven-footers or lead guards that take over games singlehandedly, they’re firing on all cylinders and didn’t show any certifiable weaknesses on Tuesday.

And Yurosek, the star of the state champion football team, now has the opportunity to finish high school with two state titles in one school year. What a way to potentially go out. (Needless to say, a state title, a regional title, and a scholarship to Stanford is already a hefty combination of Ws.)

While Palisades’ run is finally over, they had a ridiculously successful year filled with resilience.

In the L.A. City Section playoffs, they beat Van Nuys by 12, survived University by one point, edged out View Park by single-digits to avenge their playoff loss to them last year, and beat Narbonne by 12 in a game that was in single-digits until the final minute or so to win a Division 1 championship. Then they won three single-digit games over great teams to advance to the Regional championship game, including knocking off Mikey Williams and San Ysidro with LeBron James and YG in attendance.

This was easily the best Dolphins team since at least 2012-2013. While a talented core of seniors will graduate and leave next year likely as a rebuilding period, this group reinvigorated Palisades boys basketball, represented the City Section exceptionally well, and set the tone for Pali hoops for years to come.