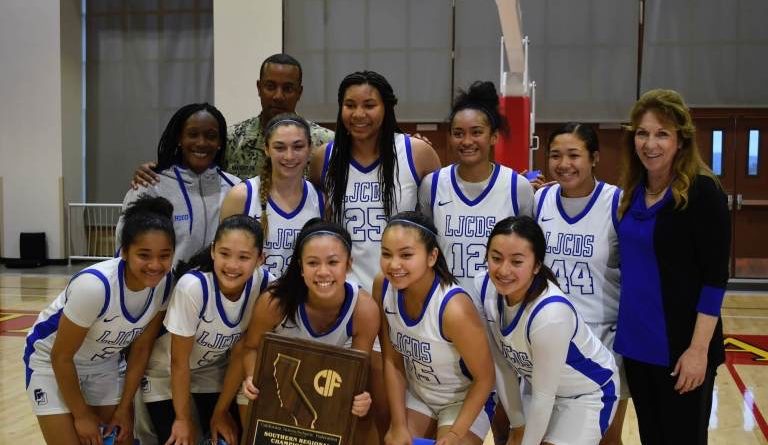 -When a team has been as good as La Jolla Country Day this season – 32-1 with one of the hardest schedules in the country, widely ranked the top team in the country for months – their every game is a storyline. But many have Archbishop Mitty ranked second, and the Monarchs are on a longer win-streak (19 games) than the Torreys (16). Mitty is so hot right now that their closest win in the postseason was by “only” 16 points against St. Joseph Notre Dame, the second seed in the Open Division of the whole Northern Region.

Perhaps the storyline can just be that the Open Division title game could be as good of a NorCal vs. SoCal finals match as we will ever see.

-Sectional parity is strong this year. The North Coast and Southern Sections lead with three representatives each, and as a result have the opportunity to be the biggest winners. No. 2 Bishop O’Dowd (CIFNCS) and No. 2 Rosary Academy (CIFSS) will represent them in Division I, and No. 2 Albany Saint Mary’s and No. 4 Paloma Valley will duke it out for Division III. The CIFNCS also has No. 2 Branson in Division V, and the CIFSS is additionally represented by No. 1 Paloma Valley in Division IV.

The Central Section could also emerge as the biggest winner in terms of breadth should Division IV No. 11 Sierra Pacific and Division V No. 4 East Bakersfield both win in addition to both the Southern and North Coast Sections going 1-2.

-Bishop O’Dowd has to be elated, even if anxious, to get a rematch with Rosary Academy in the Division I finals. Last year the two teams were expected to go right down to the wire, but Rosary Academy got off to a nice start and never looked back, pushing the lead up to 17 by the end.

The Royals again come in as the second seed–coincidentally, Cathedral Catholic was No. 1 in the SoCal bracket again–and Bishop O’Dowd is also a second seed as opposed to the fourth seed. What matters more than seeding is that both teams are equally as formidable this year as last year, even though the Royals have a few more losses, probably as a result of an even harder schedule than last year’s already was.

Part of what makes this matchup even more exciting is that these two teams faced off in December at the Nike Tournament of Champions. Bishop O’Dowd won 43-40 in a defensive battle. All indications are that the teams couldn’t be more evenly-matched, with Rosary Academy one win away from back-to-back Division I state titles and Bishop O’Dowd’s chance to get over the hill finally imminent.

-Sierra Pacific will be the only team below a top-four seed, all the way down at 11. Sierra Pacific has had a few unpredictable losses this season, but has generally been on a dangerous tear. They have a good chance at finishing the cinderella run going up against No. 1 Lancaster to bring the presence of an underdog, at least based on the seeding.

-Young stars will be on display throughout all the girls games. Plenty of star seniors trying to make the most of their last high school game will be on display, as will many battle-tested juniors. But just about every game will have a heavy influence of underclasswomen.

La Jolla Country Day post player Breya Cunningham is one of the best all-around players in this tournament and anywhere in high school girls basketball as a freshman. Sophomore Kaylee Byon has been excellent this postseason and all year for Rosary Academy, and has a knack for knocking down tough shots in important moments. RA’s opponent, Bishop O’Dowd, features sophomore G Amanda Bonner as one of their best players as well. Sophomore Demoni Lagway has been one of the best wings in the City Section for Pali and continues to both improve and show more and more upside. Saint Mary’s and Lancaster also have standout sophomore guards in Anela Thomas and Mea Madison, respectively. Both of Branson’s top players are underclasswomen as well in freshman Hannah Golan and sophomore Jaliyah Wiggins. The list goes on. 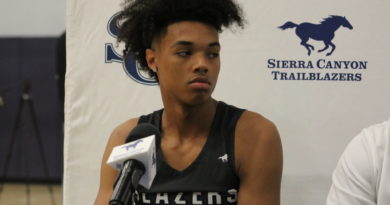 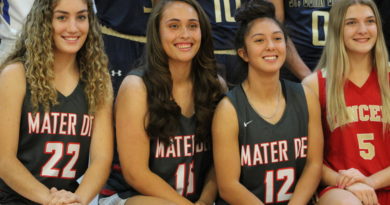 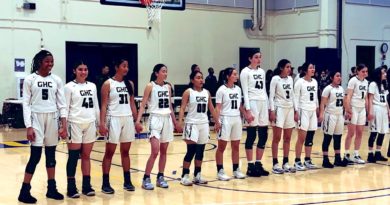