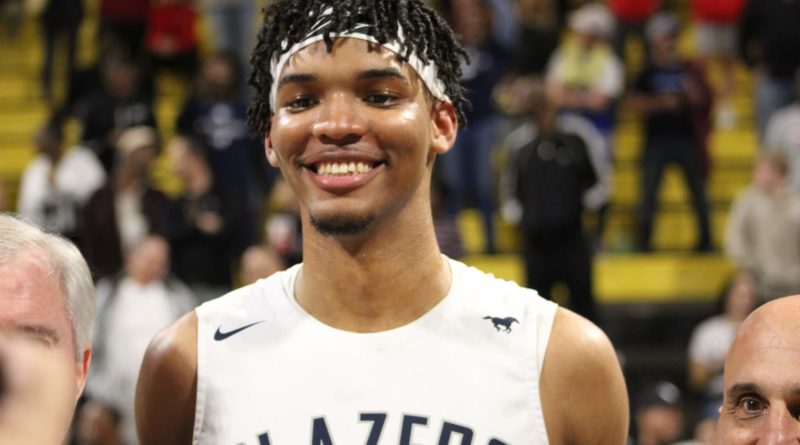 With the exception of the Open Division, (Sacramento Sheldon still has to play Oakland Bishop O’Dowd for the right to play Sierra Canyon) the 2020 CIF State boys basketball championship schedule is set for Friday and Saturday at the Golden 1 Center in Sacramento. Here’s an overview of the boys basketball CIF finals for all divisions.

The Trailblazers are 20-1 in their last 21 playoff games. They’re on an 18 game postseason win streak. Sierra Canyon has played Sheldon in their last two Open Division state championship games, winning both by double-digit margins.

Will ‘new kid on the block’ Ribet Academy take Division 1?

During the 2017-18 season Ribet Academy won one game. In the offseason, the school brought in former Long Beach State assistant Reggie Howard to coach as well as a few transfers, which transformed the basketball program. A year ago the Fighting Frogs won the Division 4 CIF State championship over Immanuel and only lost three games all season. This year, the Fighting Frogs were moved up to Division 1 in the state playoffs and have once again advanced to the title game. Tyler Powell and Snooky Wigington were on last year’s team and have been great in the playoffs this season, but transfer Tre White, who became eligible in February, has been the true difference maker.

Ribet will play Campolindo in the title game. Campolindo is led by Aidan Mahaney, a sophomore point guard who is a national recruit.

Weston Ranch has lost 12 games this season, which is a lot for a team competing for a state title. The Cougars have won clutch games in the postseason though showing they know how to execute when they need to most. In their state playoff run, Weston Ranch beat Piedmont in overtime 79-74 in the first round, St. Mary’s 57-55 in the semifinals and then St. Patrick-St. Vincent 62-61 in the regional championship. If Saturday’s game against La Canada St. Francis comes down to the wire, then watch out…

BEST GAME TO KEEP AN EYE ON

This game features a great point guard matchup between Campolindo sophomore Aidan Mahaney and Ribet senior Snookey Wigington. Camplindo has won 13 of its last 14 and Ribet has won 12 of 13. This will be must see TV.