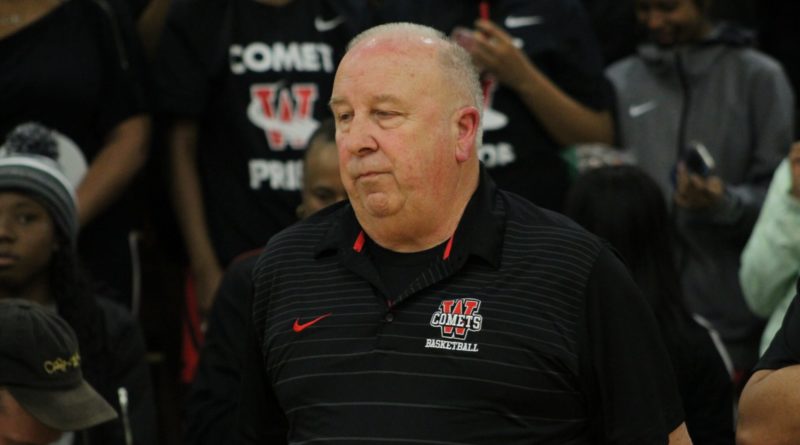 All season long, Westchester boys basketball head coach Ed Azzam had a hunch that his team could be special.

“We’re headed in the right direction … I think we’ll be pretty good by the end of the year,” Azzam said following a 57-48 win over Santa Monica in early December.

It may have taken longer than Azzam expected, but the Comets finally reached their ceiling in the LA City Section Open Division playoffs this year. The Comets won the Open Division championship over rival Fairfax last month, in a game they dominated. Westchester led 42-13 at halftime.

“The kids played their butts off,” Azzam told the LA Times after the game. “We have the capability to be this good.”

In a year that saw the Comets lose twice to Fairfax in the regular season and drop an ugly 63-33 game to Etiwanda, Westchester got it done in the playoffs thanks to their defense. The Comets beat Washington Prep 71-51 in the quarters, King/Drew 56-44 in the semis and then Fairfax 68-43 in the title game.

“He’s always been a great defensive coach,” King/Drew head coach Lloyd Webster said of Azzam. “He always gets his guys to play tough.”

In a year that looked wide open, Westchester won its 15th City title under Azzam. The way the Comets defended in their playoff run gave Azzam the Coach of the Year nod. It was masterful.