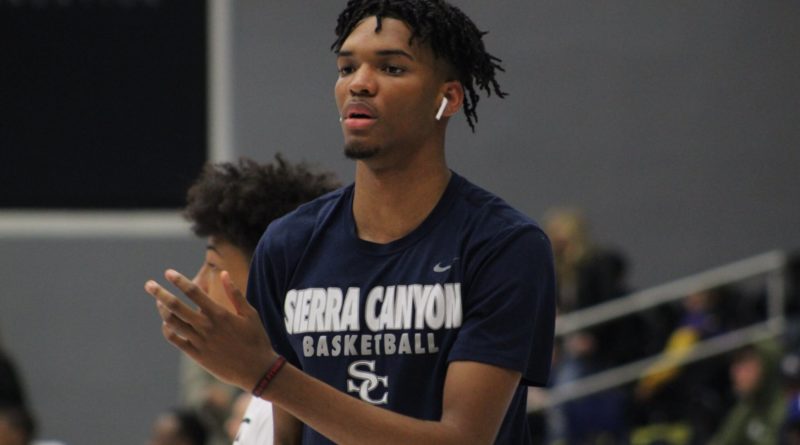 NORTHRIDGE — For the first time this postseason, Sierra Canyon was in trouble.

With 3:03 to play in the fourth quarter and his team trailing 60-50, Trailblazer senior Ziaire Williams was called for a block on Etiwanda’s Jalen Clark. Williams lost his cool and was whistled for a technical foul.

“I made a horrible mistake,” Williams admitted after the game.

Etiwanda senior Camren Pierce went one for two from the free throw line to put the Eagles up 61-50 following the technical. The Eagles wouldn’t score again on Tuesday night.

An aggressive Sierra Canyon press mixed with some poor decisions from Etiwanda players led to Eagle turnovers and Trailblazer buckets. Eventually, Sierra Canyon senior BJ Boston hit a three at the top of the key to tie the game at 61. Following that make, Etiwanda senior Brantly Stevenson misfired on a three of his own.

With 17 seconds left, Sierra Canyon had a chance to win the game. Minutes earlier that fact would have seemed unimaginable.

Williams caught the ensuing inbound pass moving to his left beyond half court following a Trailblazer timeout. With Etiwanda junior Jahmai Mashack on him the whole way, Williams sprinted with the ball inside the three point arc. He then moved left and nearly lost the ball before regathering and nailing a jumper from the free throw line for the win.

“Coach told me to just get a bucket,” Williams said. “…I kinda blanked out in that morning. It was a lot of emotions. It was a feeling I can’t describe.”

Williams immediately ran to his father after hitting the game-winner.

“I remember I was just hugging my dad just telling him we work on these moments when I was a little kid,” he said. “I’m not going to lie, I shed a few tears in that moment.”

Williams finished the game with 17 points. Boston had 26, including the clutch three to tie.

For Etiwanda, this was a torturous defeat. Up by 11 points with three minutes left in a regional championship game against a team that had already beaten them twice on the season. That stings. For as great as this win feels for the Trailblazers, it’s an absolute back-breaker for the Eagles.

With the win Sierra Canyon advances to the CIF State Open Division championship. They will play the winner of Sacramento Sheldon or Oakland Bishop O’Dowd in the championship in Sacramento.